I’ve lost count how many times, Ive seen this video from Food 24 shared across so many different platforms. Ive been so tempted to give it a go, but usually for me, when one of these videos promise to be ‘quick and easy’ they usually end up being:

a) not as quick as the video promised.

b) 26.8 times more difficult than it seems

d) all of the above

So I decided to give this one a skip, and instead forwarded the video to my sisters, and friends secretly hoping one of them would try it first and tell me if it was worth the effort or not…but then whilst grocery shopping, I had already had Tennis biscuits and marshmallows in the trolley, and then right at the till, there was a special on PEPPERMINT CRISP! So I grabbed a few, and decided to give it a go. 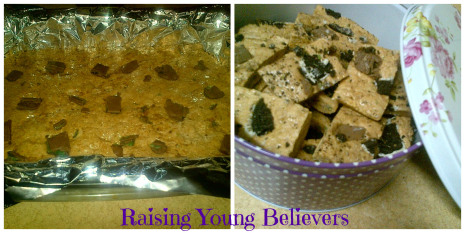 Goals In Our Generation