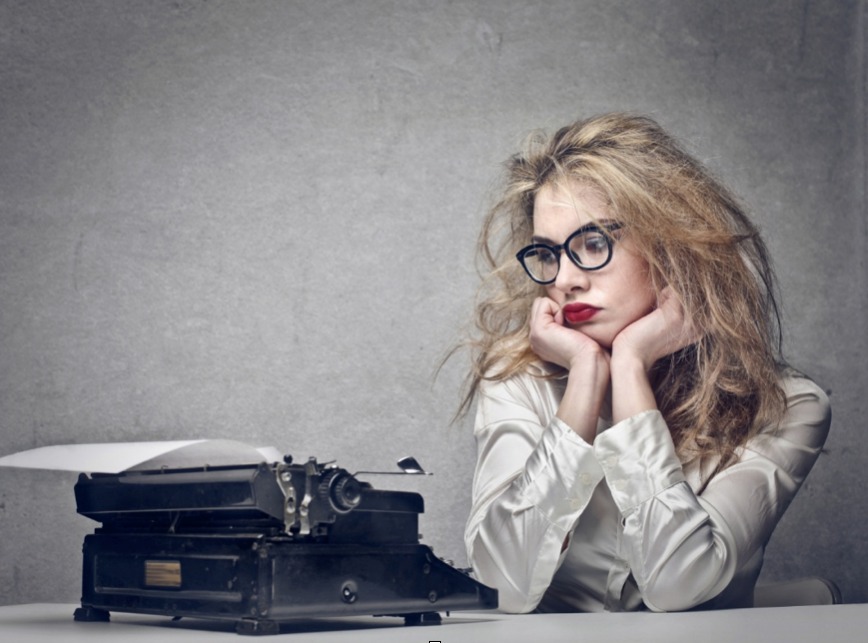 It’s gone. That passion; the song I heard within myself. It was my own song but I didn’t create it. It had been there within me all along but I’d been so rushed all the time that I never heard it’s hum. Till a few months ago. That’s when thing’s started to  shift around me but mainly within me. For once I stopped distracting myself to avoid what was going on; I stopped running away and started to stay with my inner self. I paused the chaos of life and befriended stillness. And in the stillness I felt; I became open to receiving and to being moved. My self awareness became heightened and I found myself being inspired to write. I didn’t need to think or brainstorm ideas. No. It came to me. Call it inspiration, call it awareness. Call it whatever you like. It doesn’t matter. What matters is that it was real, that it moved me, and that it wasn’t clothed with safe words and theories. It was personal. Typing felt as though I was delving into a different world, one that had always existed within me but gone by  unnoticed. A world unexplored; full of discoveries yet to be made, a world promising insight and wisdom. 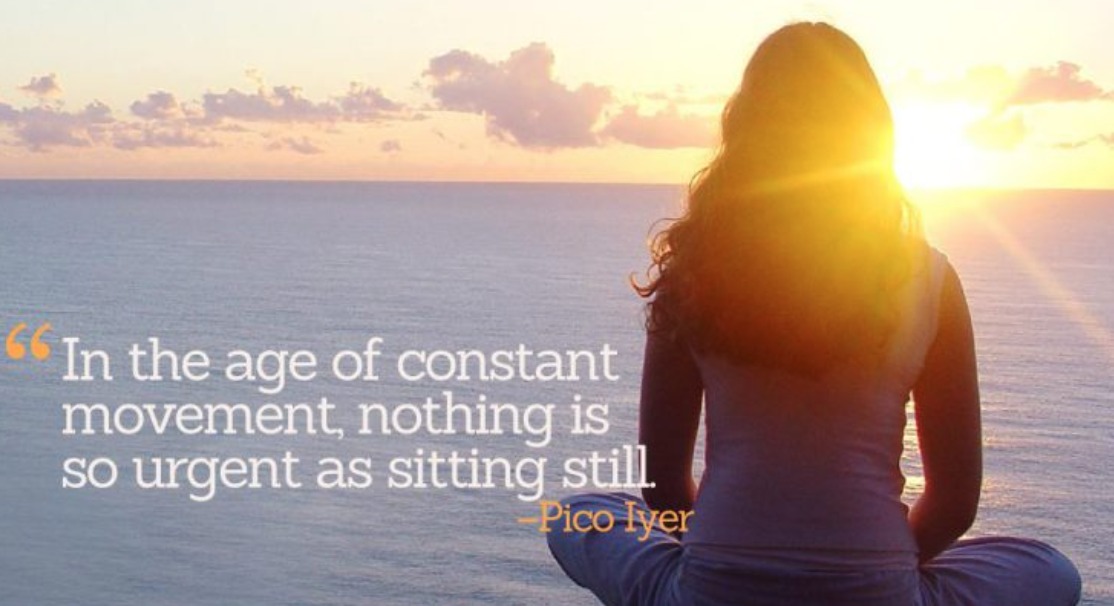 But then all of a sudden it stopped. That hum. It just went. *Poof*. Just like that. Nothing was moving me any more, not like before. Not deeply. I couldn’t type. I waited thinking it was temporary and maybe I was tired. Days turned into weeks. I wrote a post on my encounter with a  stranger but the flow was missing. I found myself constantly pausing and staring at the key board. I was more aware of the letters as I pressed on the keys than I was of what was happening within me. In fact there wasn’t anything happening within me. I felt blocked. Unmoved. Uninspired. I closed my eyes hoping if I centred my self I would feel something touch me. Nothing did.

How long do I wait? Why aren’t I feeling moved by things anymore?

Then I heard that voice. It’s not a voice I am fond of but strangely I always give it a platform to speak on. Writing’s not your thing it tells me. It was just a phase and it’s now over. It was like all the other thing’s you have done in life, those interests and hobbies you’ve dived into for a while and then gotten bored and moved on. It’s time to move. Find something else. But not writing.

I feel upset to think this is it. Maybe it is time. Maybe writing’s not my thing, I mean who am I kidding wanting to be the next Hemingway. It’s just a blog.

But that’s just it. It isn’t just a blog. They aren’t just words. Well they weren’t before. It wasn’t just an interest. No. It’s so much more. It means so much more to me than clicking the Publish button and hoping to see comments. I have gone to places I never have before to write. And I’m not talking about visiting websites, doing research and theorising as I felt more comfortable before this shift. I’ve gone to places only I can go to. A place which is raw and I’ve shared hoping it will move who ever reads it.

The critical voice isn’t saying much now. Maybe it feels I am disillusioned and will learn the hard way. But here’s what I am learning. Some things in my life have merely been there to take up space, to distract me. It has always been so much easier to get bored of such things, they are after all a time pass. But then there are those few things that aren’t just there taking up space. They add meaning to my life, they move me and add more sparkle. People in my life do this. Writing does this. Yes, I may not be the next Oscar Wilde or J.K Rowling but I need not attempt to be. Different things move me, I experience differently and I express my self differently. I am different., I am me and writing is teaching me to explore my own style and to master it. To own my own writing with out comparing to others.

But why are you feeling blocked? Persists the voice Surely, it’s a sign. A sign you aren’t a writer. Why continue? It’s best to stop now. No one will even notice.

It always comes down to one thing though, doesn’t it?  Why we even do what we do. It’s easy to move on from one thing to the next but not when it comes from a place deep within. Then it becomes a drug we need, it becomes a calling, an obsession. A part of one’s identity. And as I pause I realise that voice is wrong. It doesn’t know what moves me, it just pushes me back each time I feel vulnerable. It’s like a toxic person telling me I should give up because I was foolish to even believe, foolish to even try. But we aren’t. I aren’t and neither are you.

We all experience a block at some stage. The block doesn’t necessarily indicate we are doing the wrong thing. But what it does try to do is tell us something. It tells us that maybe we are tired; maybe we are distracted. The block is merely telling us there is something blocking us and we need to tend to it. Compassionately. 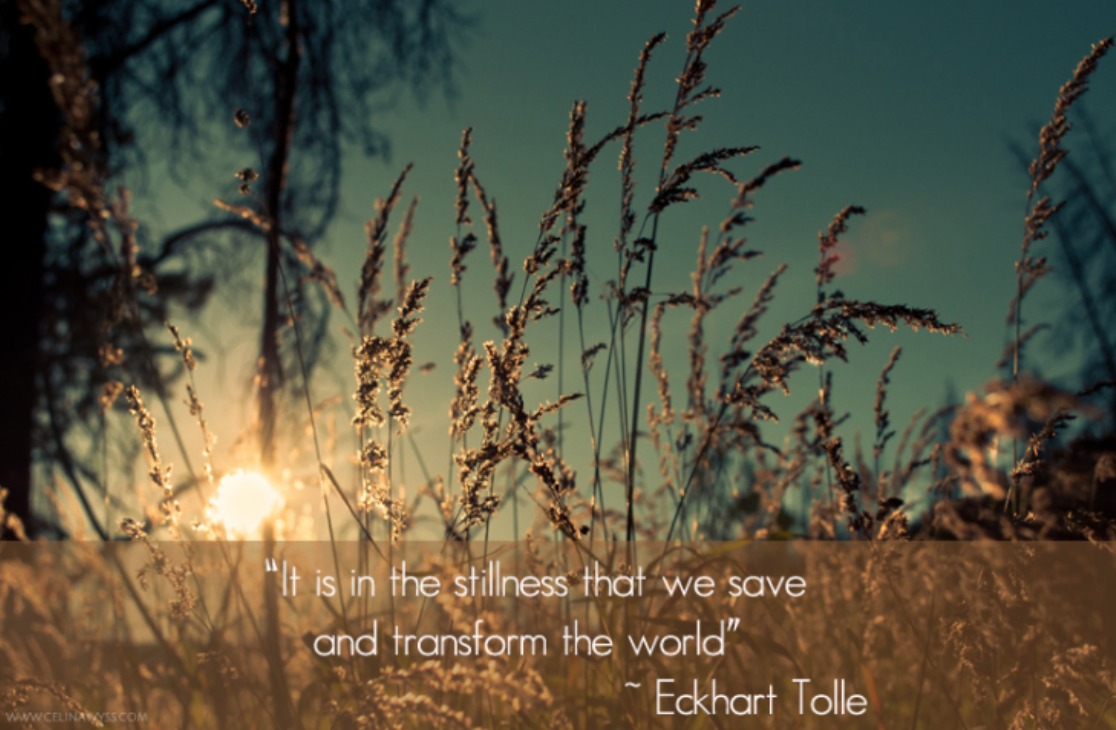 And as I started to explore this block of my own I realised a few things. It had seemed that the hum had gone; The song had gone. But didn’t I just say it had always been there; that I hadn’t written it? So, it still is there. Reality was it became unnoticed again. Invisible once again. I had started a new job and become so caught up in hours, in routine and tasks. I started to rush from here to there and the chaos swept me like a tornado. Each day merging into the next.The very thing I always feared was happening. My calm went away. I was so rushed I didn’t pause to even watch the colours of the sky change as the sun set or notice a butterfly flutter it’s wings nearby. These things were happening right here. How could I miss such beauty, such magic?

The answer’s rather simple. In the new routine I wasn’t pausing to even notice. I was no longer present in moments. it was all about racing through the day. Going through motions. And things were happening. Sun was setting each night, the smell of freshly mowed grass was filling the air, the water in the canal was looking bluer and clearer than usual and if I wasn’t so rushed I would have noticed these things. But I made a choice to get caught up in work. My mind focused solely on doing things instead of being in moments. My attention on my external world so far away from my inner world; no time to even be still. Is it a wonder I was no longer hearing that hum?  My world had become full of chaos,  noise and overbearing structure.

The hum needs stillness. It needs me to pause; To be with my own self; centred and open to receiving. It’s still there but it asks for one thing.

Lady In Purple Hijab
The Lady in The Purple Hijab is an alias for a Muslima living in England. She blogs her musings and reflections on life. You are drawn into her world as she talks abouts relationships, awkward moments and ponders about the meaning of life and our identity. Written unapologetically - with traces of sarcasm and her dry sense of humuour - she discusses openly how vulnerable we all are.

To stay on top of her posts visit her blog on WordPress.

Latest posts by Lady In Purple Hijab (see all)

10 Creative Ways to Declutter Your Home