My friend who graced the blog, 1newleaf with wonderful articles has departed from the world. She wrote with the pen name, “Honey bee”. Like a bee, she wanted to work hard and enrich her Akhira (Hereafter). Even before we decided to write articles, she used a picture of a honey bee as her WhatsApp profile!

We met at tafsir classes. She worked really hard and was always eager to help others. On completion of the course, the students threw a small party. We invited a few others and hoped that we may inspire others to join the class in the future. Many of my classmates spoke about how the tafsir class changed their lives. Finally, it was “Honey bee’s” turn to speak. She used very few words yet what she said remains afresh in my memory even today.

She took out an object which looked like a large marker pen and asked us what it was. “Marker” “massager” “Kitchen appliance”. We heard many wrong answers. Then she took out it’s manual and announced, “Let’s see what it has to say.” She followed the instructions and added a couple of batteries to the device. On switching on, the device opened its cap shaped wings and turned into a portable fan! She then spoke something like this, “If we didn’t know its purpose, we would throw it into the dustbin. It had a purpose. A manual printed by the manufacturer helped us operate it correctly. We exist for a purpose too. Our Creator Allah has sent us a manual to learn.“ Of course, she was referring to Quran. “And when we don’t lead a life as proposed by our creator, we will end up in a dust bin too. What is it?” We heard visitors reply, “HELL”. Do we really need another reason to start learning and living by the instructions of the Quran?

That day, I was engulfed with sadness. I enjoyed the company of amazing ladies in the class. Though we were of different age groups and belonged to different countries, we were bound by the love of Allah. I was afraid that I may never meet them again. Honey bee continued to be in touch with me. Alhamdulillah.

I used to visit her at her home once in a while. Her home was always neat and tidy. She had green fingers and loved growing herbs and roses. She taught me some of the healthiest recipes I’ve ever made. I tasted yummy barley grains for the first time at her home. She was eager to learn. And whatever she knew/learnt she was willing to share. She insisted on eating fresh and healthy food. She inspired me to look for farm fresh products. I’ll remember her every time I eat barley or cook veg soup which she taught me. With “Mango!” the last story she submitted to me, I’m reminded not to belittle any deed! I learnt to cook classic recipes like black rice porridge, just so I could serve it to her when she visits me. She always advised and encouraged me to do good deeds.

What fascinates me most about her is her fear for Allah. Once, when I visited her, I saw a huge album on her coffee table. As I had assumed it was her wedding Album. Can you guess why it was there? Well, most of us would flaunt such photos. But she was there tearing those photos! I felt a chill run down my spine as she stated the reason for this action. “How ignorant was I to take such photos! If I die tomorrow, anybody could browse through this album? I don’t want anyone to see these photos.” This was before she had cancer!

She was upset when she learnt about cancer. Instead of drowning herself in self-pity, she moved on and wanted to make most of her time. She would joke that the best part of the treatment was that she was losing weight. Poor health would make most of us complain that those around us are not giving us due attention! Honey bee was very keen not to trouble anyone on her account. She prioritized her family over her health. She returned to India for treatment. She continued to compile books for children. You may download some of the books she compiled at RAINBOW OF ISLAM.

Last year, we were all moved by the death of brother Ali Banat who said, “I’ve been gifted, Alhamdulillah by Allah with cancer throughout my body”. Subhan Allah! Such trials help us turn back towards our Lord. Honey bee, who was facing the same situation sent a message to all her friends begging them to forgive her. We were worried about her. I rang her up and tried to console her. She wasn’t panicking and she didn’t argue. I just couldn’t see myself in her shoes. It was as though she was ready for the inevitable journey. Her WhatsApp profile picture now contained this verse:- 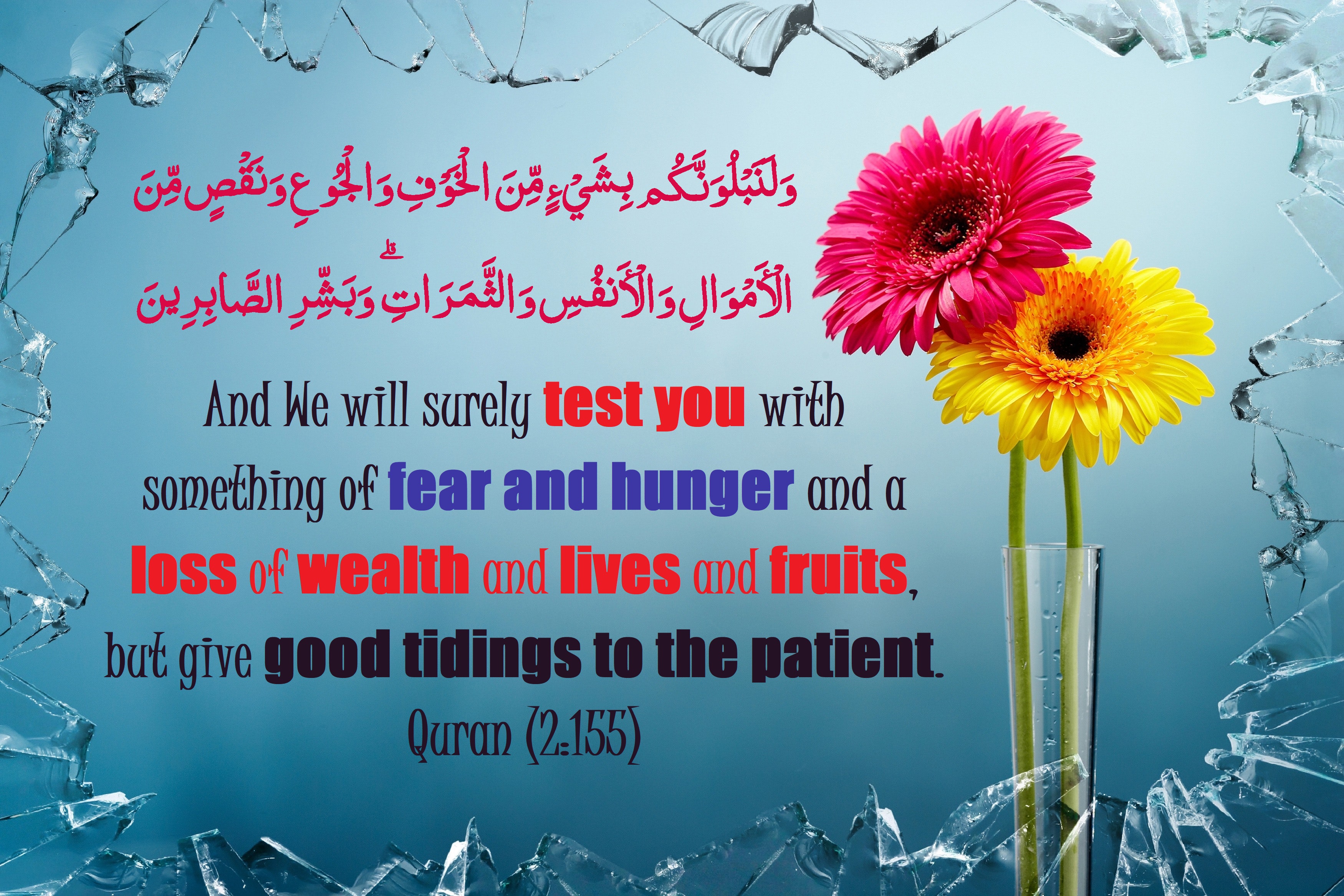 I spoke to her a week before her death. She was in pain and found it tough to speak. Still, she enquired about the  poor health of my grandma. I was hurt to hear her painful voice. I just spoke about general things. I complained to her about the high fees of Islamic schools. Amidst her coughs, she told me, “If Allah gives me strength, we will open such affordable schools in India.” Subhan Allah! May Allah reward her for her intention. She was not someone who made fake promises.

When I last called her, she didn’t answer the call. I was worried. Next day, I received the news about her death. 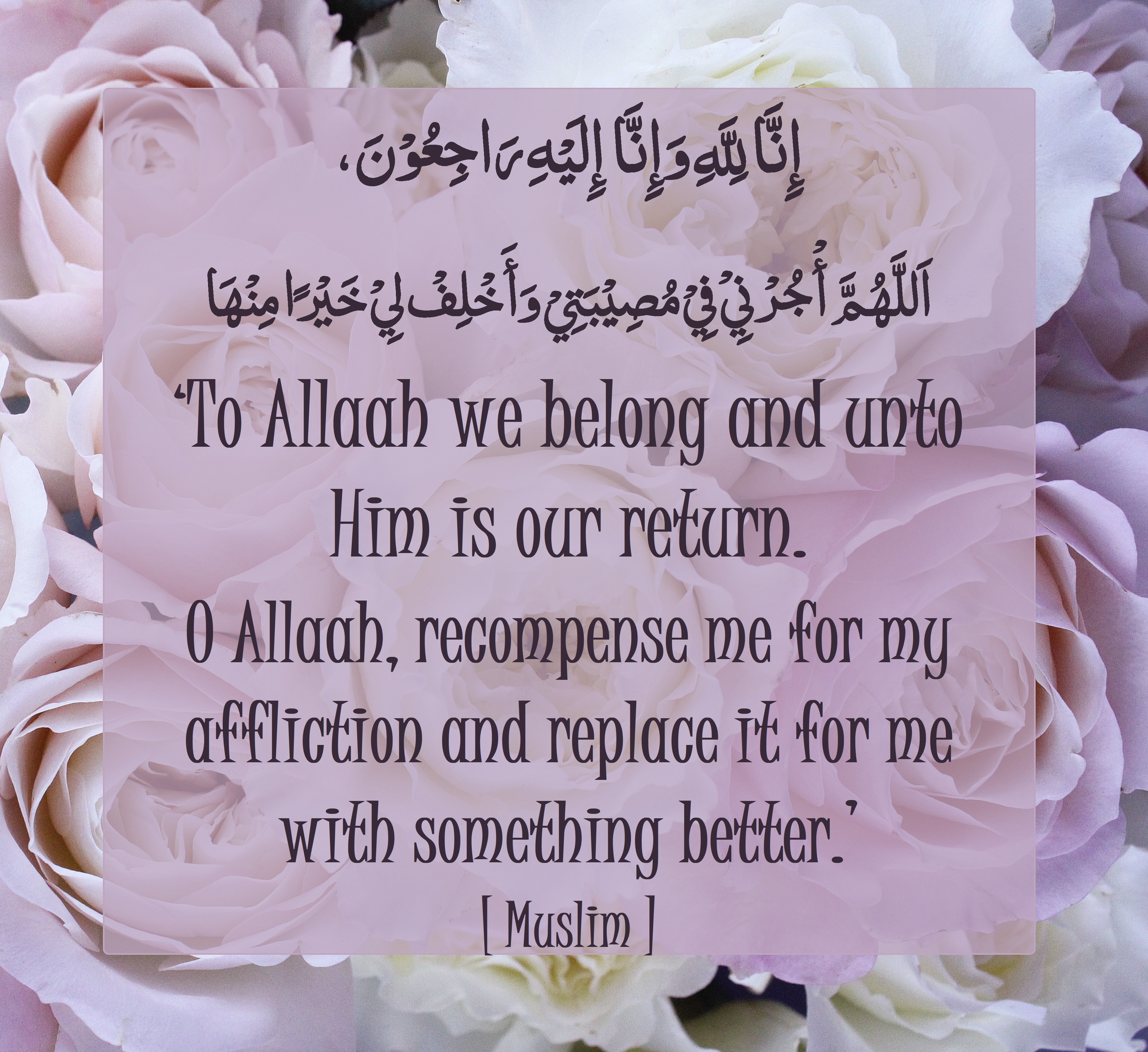 I would always remember Honey bee, as a friend I could trust. Her warm smile and kind words comforted me. She took part in various Islamic activities. Her poor health didn’t stop her from doing good. She spread light in the life of many people. After her death, some of my friends who didn’t know her were also asking me if I knew her. One of them was surprised to learn that she used to live so close to her home. She regretted that she never met her. The sad truth is, nowadays we are lost in our own world. May we be blessed with an ability to connect with good friends and good neighbors. And may we learn to be good friends.

Earlier, I used to pray for her good health. The Wise and The most Merciful Allah should have blessed her with death when death for her was better than life. 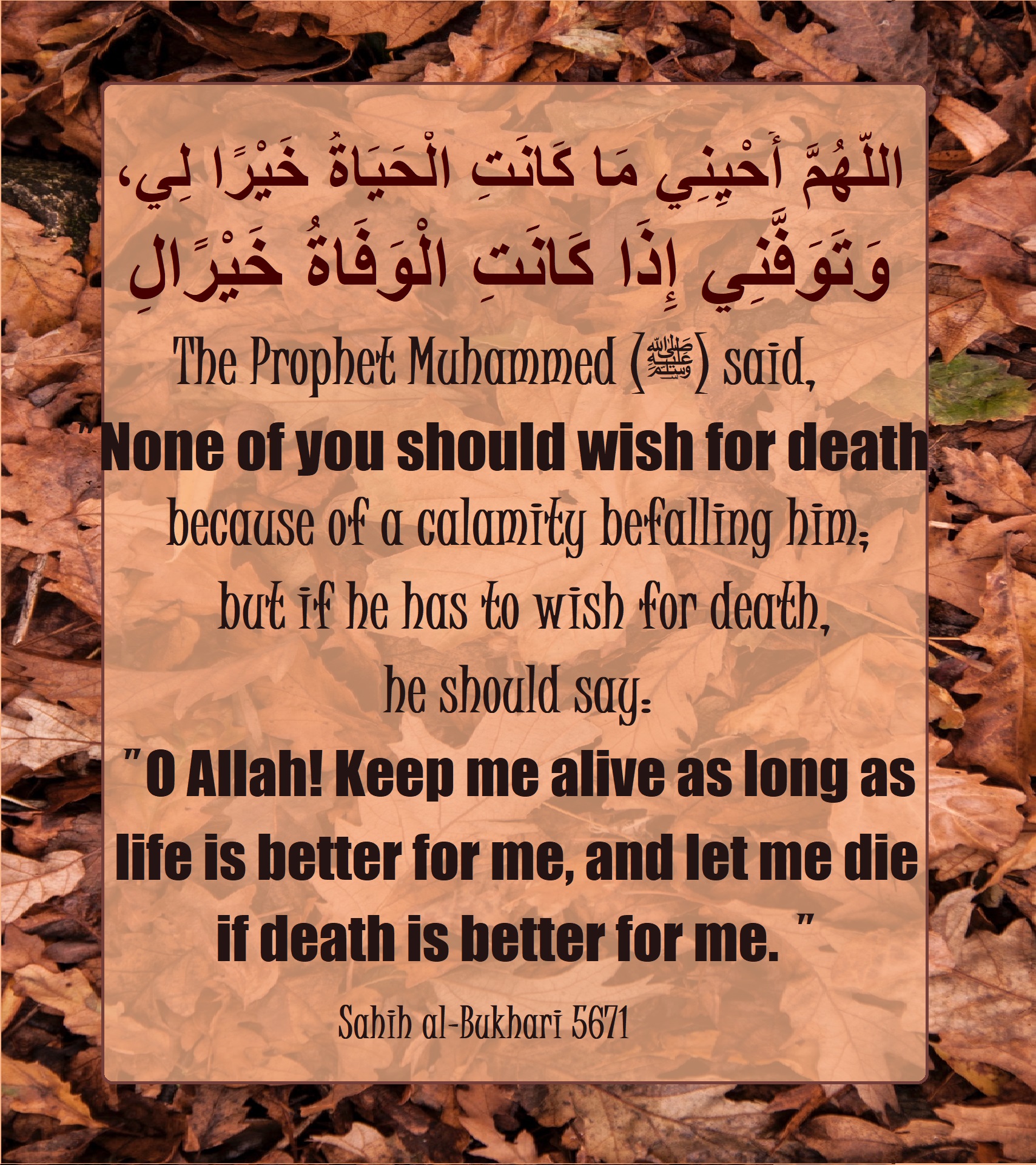 I desperately wanted to see her one more time. I still have some of the black rice which I saved for her. I will never again be able to serve her the porridge which she enjoyed so much. But I have not lost hope. Insha Allah, I’ll meet her in Jannah. May Allah accept whatever she did to please Him, forgive her and grant her high place in paradise. Ameen. 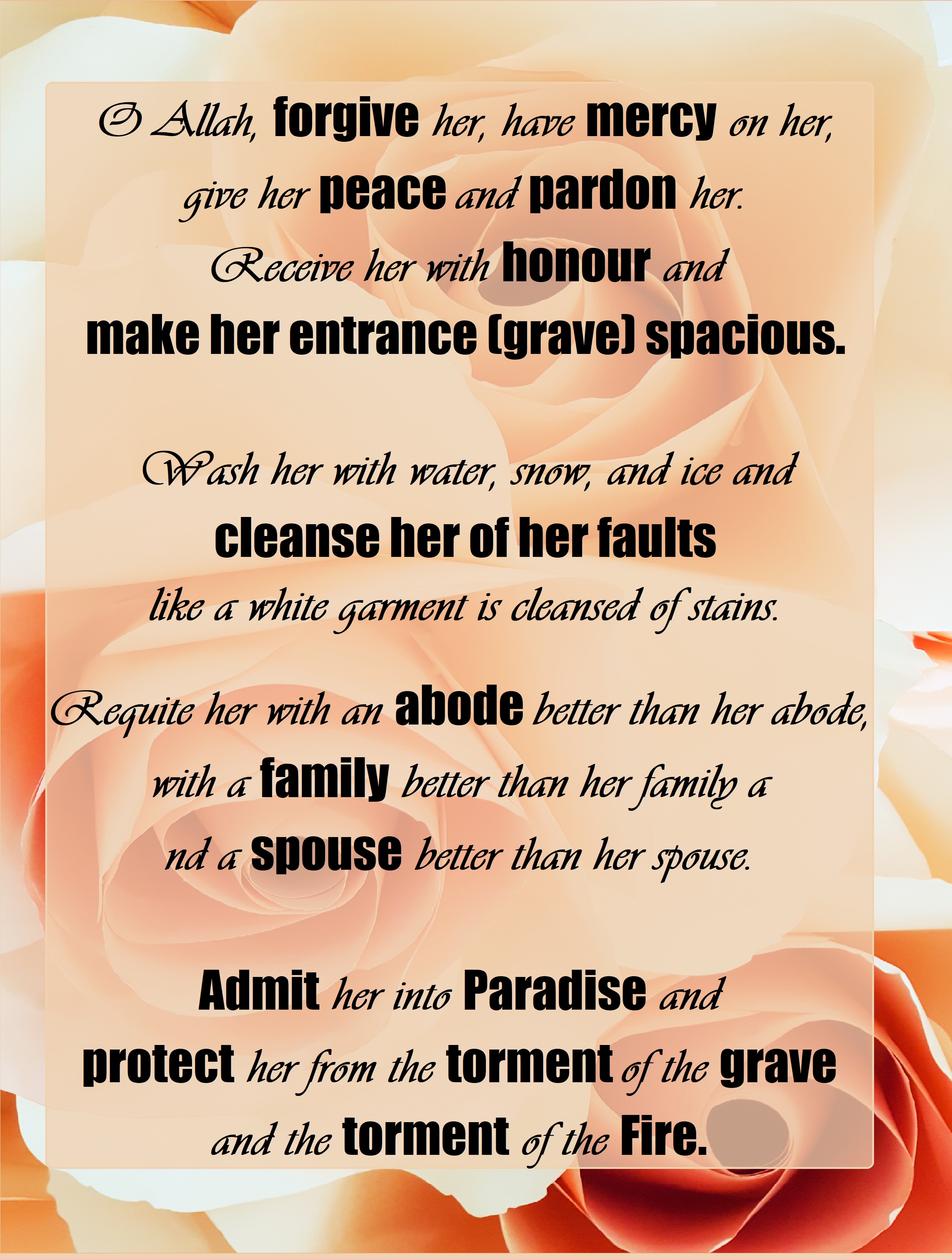