The last 10 nights of Ramadan are fast approaching upon us.

These nights are extremely important as there lies in it, a night better than thousand months.

A Once in a lifetime opportunity.

Recently, in Saudi Arabia we had two days offer of free calls to any network. We all made full use of this offer, calling up people who we haven’t spoken to in a while; making long calls to close relatives, catching up with acquaintances and colleagues. We were running against time to utilize this offer to the fullest.

I rush my husband to shopping centers and malls whenever they have sales and discounts. The most irresistible are the buy 1 and get 1 free offers. 70% discount, 50% discount, so enticing, aren’t they?

Then what about the offers given by Allah(swt)?

Abu Hurairah (May Allah be pleased with him) reported:

The Prophet (ﷺ) said, “Whosoever performs Qiyam during Lailat-ul-Qadr (Night of Decree), with Faith and being hopeful of Allah’s reward, will have his former sins forgiven.”

Also, let’s do some math. One night better than 1000 months.

That is a little more than 83 years! Not all of us will even live for 83 years, let alone the spending the whole 83 years in worship. Just imagine, successfully seeking and making full use of this night will grant you reward equal to 83 years of worship. One night can completely tip your scales. One night can decide your final abode(Jannat or Jahannam), basically this one night can change your entire life.(The true , eternal afterlife)

We still take it lightly that there will be many Ramadans in our life. Really? How many? Suppose, I live for 60 years(No guarantee but taking today’s average), I will have about 60 Ramadans. Subtract the first 10 and last 5 for obvious reasons(Considering I am absolutely healthy without any debilitating conditions like diabetes which makes fasting difficult) So I have only 45 left. Subtract at least another 5 from it because of pregnancy and breastfeeding(considering only 2 kids) Leaves me with only 40. College and exams : another 5.  That leaves me with only 35 Ramadans. We have less Ramadans in our life than we think. And we have no idea how many there will be. We have no clue whether we will be able to witness the next.

So much excitement for the Olympics, the soccer world cup, the cricket world cup, why not for Laylatul Qadr?

In Islam, night begins right after Maghrib and continues till Fajr.

Once upon a time, when I was unmarried and free of responsibilities, alhumdulillah I used to make full use of these nights.

But now I am a mother to a toddler and a wife, so I cannot worship as much as I would like to. There are many working professionals, mothers with multiple kids, mothers of young kids, students with important exams etc who are helpless and may not be able to stay up all night and devote it to worship. There are many Muslims in non-Muslim countries who don’t get holidays during last 5 days so that they can maximise their ibadah without worrying about their school and work.

So how can the extremely busy Muslims with demanding jobs and school work, who are completely helpless, seriously short of time, weak, exhausted and sleep deprived spend Laylatul Qadr?

1. Authentic dua is must.

It was narrated from ‘Aishah that she said:

“O Messenger of Allah, what do you think I should say in my supplication, if I come upon Laylatul-Qadr?” He said: “Say: ‘Allahumma innaka ‘afuwwun tuhibbul-‘afwa, fa’fu ‘anni (O Allah, You are Forgiving and love forgiveness, so forgive me).'” (https://sunnah.com/ibnmajah/34/24) If nothing else, then we should at least keep repeating this dua sincerely with complete faith.

The Prophet (ﷺ) said to him: “Should I not direct you to the chief of supplications for forgiveness? ‘O Allah, You are my Lord, there is none worthy of worship except You, You created me and I am Your slave. I am adhering to Your covenant and Your promise as much as I am able to, I seek refuge in You from the evil of what I have done. I admit to You your blessings upon me, and I admit to my sins. So forgive me, for there is none who can forgive sins except You (Allāhumma anta rabbī lā ilāha illā anta, khalaqtanī wa ana `abduka, wa ana `alā `ahdika wa wa`dika ma-staṭa`tu. A`ūdhu bika min sharri ma ṣana`tu, wa abū’u ilayka bini`matika `alayya wa a`tarifu bidhunūbī faghfirlī dhunūbī innahu lā yaghfirudh-dhunūba illā ant).’ None of you says it when he reaches the evening, and a decree comes upon him before he reaches morning, except that Paradise becomes obligatory upon him. And none says it when he reaches the morning, and a decree comes upon him before he reaches evening, except that Paradise becomes obligatory for him.” (http://sunnah.com/tirmidhi/48/24)

Astaghfar is must, tonight is your chance to get your slates cleared. Since you don’t have time and you seriously want to reap full benefit of this night. You want to do more in less time. You want to do something worthwhile. You know what you should do? Sincere Repentance. True Astaghfar. We are used to doing Astaghfar. We quickly brush off our  thumb on all our fingers whispering and muttering Astaghfirullah as balnkly as possible. Naudhubillah, we sometimes are even thinking of haram things during astaghfar. This Ramadan do tawbah with your heart. Get your heart involved. Let your tongue reveal all your sins to Allah, let your eyes flood with tears and let your heart feel embarrassed, ashamed and humbled. Let the astaghfar reach your heart and change it. Let your Astaghfar also reach your brain and turn into a strong resolve to never repeat the sin. Repent in a way that you will never need to repent again for the same action. Cry a lot sincerely and seek Tawbah. Seek repentance for the major sins you have done, for the minor sins you do every day, for the sins you do secretly, for the sins you boast about on social media, for the sins you do against humans, for the sins you do against yourself, for the sins you do against birds and animals, for the sins you have long forgotten about and have never really sought repentance for because you don’t do them anymore. May be you forgot it but Allah doesn’t forget and those sins will only be erased through repentance. So rack your brains and seek forgiveness for sins from both past and present. Humble yourself and seek forgiveness from your family, friends and neighbours before Laylatul Qadr. Let go of your Ego and humble yourself. Remember Jannah is more important than your squabbles.

Before you begin your dua and worship, it is better to approach Allah with a clean heart and clean slate.

A man heard another man reciting (Surat-Al-Ikhlas) ‘Say He is Allah, (the) One.’ (112. 1) repeatedly. The next morning he came to Allah’s Messenger (ﷺ) and informed him about it as if he thought that it was not enough to recite. On that Allah’s Messenger (ﷺ) said, “By Him in Whose Hand my life is, this Surah is equal to one-third of the Qur’an!” (https://sunnah.com/bukhari/66/35)

Reciting Surah Iqlas 3 times will give reward of reciting complete Quran. I am sure we all know this surah by heart.

3. If you have an infant, and he doesn’t sleep at night. Then this night be thankful for that and indulge in worship. If he does sleep and you need to sleep too, but when he keeps waking up for feeds, sneak in some dhikr, istaghfar and dua during that time.

4. Make pre arrangements to give your zakat or any charity on this night. It will be counted as charity for 83 years straight.

5. Do not bother about cooking extravagant meals for family and friends on these last days. Tell them that you will make for them after Ramadan.

The Prophet said: “The supplication, is worship.” Then he recited: And Your Lord said: “Call upon me, I will respond to you. Verily, those who scorn My worship, they will surely enter Hell humiliated.”(http://sunnah.com/tirmidhi/48/3)

Dua is worship too. Make lot of dua.

8. If you can’t read Quran. At least listen to it.

The Prophet (ﷺ) said, “There are two expressions which are very easy for the tongue to say, but they are very heavy in the balance and are very dear to The Beneficent (Allah), and they are, ‘Subhan Allah Al- `Azim and ‘Subhan Allah wa bihamdihi.’” (http://sunnah.com/bukhari/80/101)

Allah’s Messenger (ﷺ) said,” Whoever says: “La ilaha illal-lah wahdahu la sharika lahu, lahu-l-mulk wa lahul- hamd wa huwa ‘ala kulli shai’in qadir,” one hundred times will get the same reward as given for manumitting ten slaves; and one hundred good deeds will be written in his accounts, and one hundred sins will be deducted from his accounts, and it (his saying) will be a shield for him from Satan on that day till night, and nobody will be able to do a better deed except the one who does more than he.” (http://sunnah.com/bukhari/80/98)

11. Juwairiyah bint Al-Harith (May Allah be pleased with her), the Mother of the Believers, reported:

The Prophet (ﷺ) came out from my apartment in the morning as I was busy in performing the dawn prayer. He came back in the forenoon and found me sitting there. The Prophet (ﷺ) said, “Are you still in the same position as I left you.” I replied in the affirmative. Thereupon the Prophet said, “I recited four words three times after I had left you. If these are to be weighed against all you have recited since morning, these will be heavier. These are: Subhan-Allahi wa bihamdihi, `adada khalqihi, wa rida nafsihi, wa zinatah `arshihi, wa midada kalimatihi [Allah is free from imperfection and I begin with His praise, as many times as the number of His creatures, in accordance with His Good Pleasure, equal to the weight of His Throne and equal to the ink that may be used in recording the words (for His Praise)].”

the Messenger of Allah (ﷺ) said: “The best remembrance is: ‘there is none worthy of worship except Allah (Lā ilāha illallāh)’ and the best supplication is: ‘All praise is due to Allah (Al-ḥamdulillāh).’”

the Messenger of Allah (ﷺ) said: “there is not anyone upon the earth who says: ‘None has the right to be worshipped but Allah, and Allah is the Greatest, and there is no might nor power except by Allah, (Lā ilāha illallāh, wa Allāhu akbar, wa lā ḥawla wa lā quwwata illā billāh) except that his sins shall be pardoned, even if they were like the foam of the sea.” (http://sunnah.com/tirmidhi/48/91)

14. It was narrated from Samurah bin Jundab that :

the Prophet (ﷺ) said: “(There are) four that are the best of words, and it does not matter with which you begin: Subhan-Allah, wal-Hamdu-Lillah, wa la ilaha illallah, wa Allahu Akbar (Glory is to Allah, praise is to Allah, none has the right to be worshiped but Allah and Allah is the Most Great).” ( https://sunnah.com/ibnmajah/33/156)

15. Print a copy of 40 Rabbanas and authentic duas from sunnah and read them at least once. 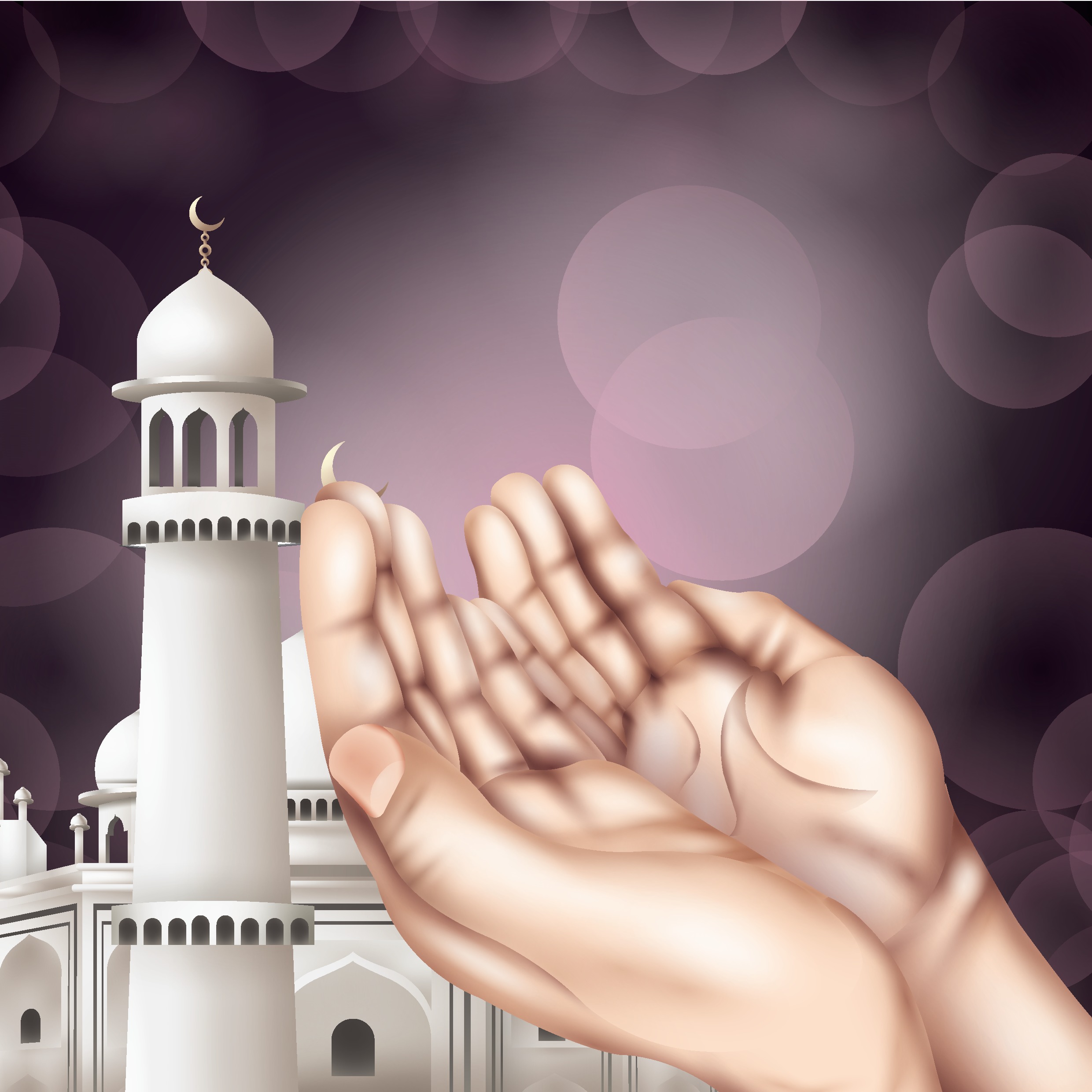 May Allah(swt) make us reach Laylatul Qadr and may we come out of it sinless and with huge mountains of rewards. Ameen. 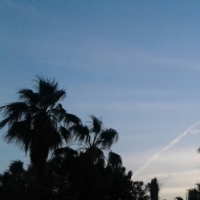 Rayeesa Tabassum
Rayeesa Tabassum, a Muslimah from Hyderabad, India living in Jeddah, Saudi Arabia. She is an engineer by qualification, writer by passion and a home maker by obligation. When she is not struggling with her chores, she can be found enjoying shopping, reading, writing and day dreaming. She loves children and her aim is to bring an end to child abuse.