Ramadan Day 27 – Ramadan Is Not Over Until It Is Over: Actions Are How They Get Sealed

Home / 30 Ramadan Posts / Ramadan Day 27 – Ramadan Is Not Over Until It Is Over: Actions Are How They Get Sealed

It is two or three days to the end of Ramadan, but it’s no time to relent. And here comes the big question, how will you seal this Ramadan? Eager to go back to your old ways or hesitant to bid Ramadan farewell while resolving to carry on with taqwa?

This is a time when everyone is getting tired and almost dragging themselves to the end. Eid day comes and we get lost in celebration, forgetting all the self-control and good deeds we’ve done, while old habits return even before the Shaytaan is unshackled.

Did we intentionally set all those goals, read all those pages, stood all those nights to pray and refrained from idle talks just so to drop them after Ramadan? Well, that is not in line with what the prophet  , taught: “The most beloved of deeds to Allaah are those which are consistent, even if it is small.” [Al-Bukhari and Muslim]

That is not the taqwa Ramadan came to give.

Are we on the verge of reneging when we have no certainty that the Night of Decree has been witnessed and passed, nor do we know if we will witness another Ramadan? And to top it all, it is a fact that deeds are decided by their last actions.

So, let not the preparation for eid hinder you from sealing your deeds right and ending Ramadan on the high note you started with.

Narrated Sahl bin Sa`d: There was a man who fought most bravely of all the Muslims on behalf of the Muslims in a battle (Ghazwa) in the company of the Prophet. The Prophet (ﷺ) looked at him and said. “If anyone would like to see a man from the people of the Fire, let him look at this (brave man).” On that, a man from the People (Muslims) followed him, and he was in that state i.e., fighting fiercely against the pagans till he was wounded, and then he hastened to end his life by placing his sword between his breasts (and pressed it with great force) till it came out between his shoulders.

Then the man (who was watching that person) went quickly to the Prophet (ﷺ) and said, “I testify that you are Allaah’s Messenger (ﷺ)!” The Prophet (ﷺ) asked him, “Why do you say that?” He said, “You said about so-and-so, ‘If anyone would like to see a man from the people of the Fire, he should look at him.’ He fought most bravely of all of us on behalf of the Muslims and I knew that he would not die as a Muslim (Martyr). So when he got wounded, he hastened to die and committed suicide.”

So, how do you want to end your Ramadan?

Picture Ramadan like a boot camp for the rest of the year, and strive to end the month with the obedience of Allaah, seeking nearness to him with various acts of worship, strengthening your link with him and having a sincere desire for his reward. Whoever has been negligent should not end the month in negligence and whoever has been steadfast should keep being so.

Endeavour to pay Zakaatul fitr with the best of intentions, keep good association after Ramadan as we’ve done during it, and let’s take the reformation it made in us through the rest of the months.

Are you in for this?

May Allaah put us all into action.

The Messenger of Allaah ﷺ said:

“When Allaah intends good for a servant He puts him into action, so he ﷺ was asked by a man amongst people: ‘How is he put into action?’, the Messenger of Allaah ﷺ said: ‘Allaah Azza Wa Jall guides him to the righteous deed before his death and takes him away while being (firm) upon it’”. [Ahmad, 4/135/17256; Hasan; authenticated by Al-albaani] 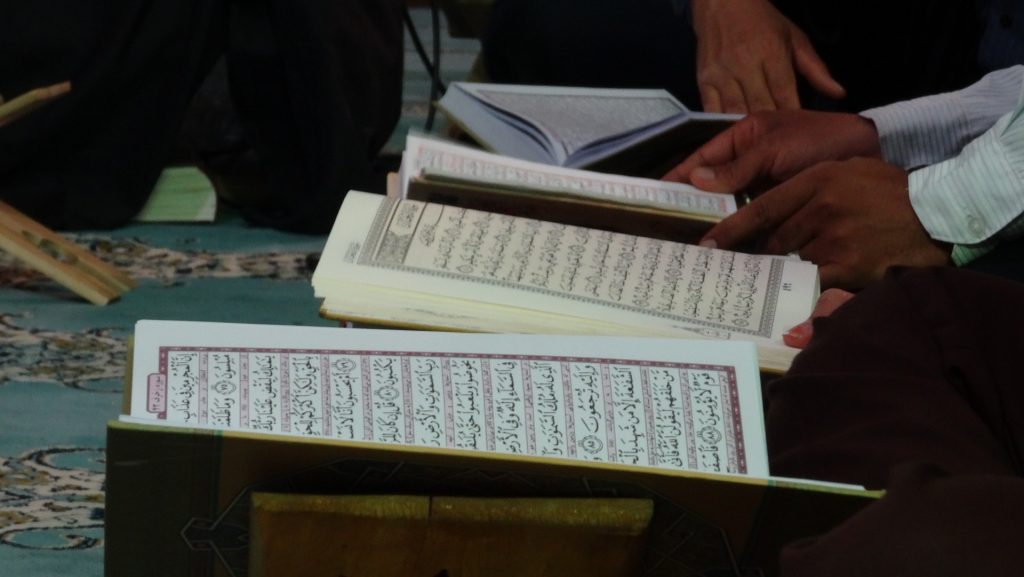 UmmAnas Azeezah is a Nigerian mother of two active boys. She inspires and shares lessons learnt from her journey of motherhood and spirituality with other Muslim mothers at muslimahmom.com and www.facebook.com/muslimahmom