The Mid-Ramadan Slump: A Qur’anic Treatment

Ramadan has become a bit of a routine for her. She walks in after her taraweeh prayers, slips out of her sandals and switches on the TV to catch the final taraweeh prayers in Masjid-al-Haram. She spots her phone in the other room and swiftly gets up to silence its buzz. It has been a whole day, she wonders and starts rummaging through her notifications folder. She throws herself on the sofa and is remotely aware of the tilawah in the background. Beautiful, she thinks, as she focuses the final remains of her energy on discerning the important updates on her newsfeed. And suddenly, the Imam sobs. She looks up. An ayah about forgiveness? An ayah about the hellfire? Or an ayah about the pitiful state of Muslims who do not remember their Lord? No.

Uncommon as it is for one to sob upon reading an ayah of this nature, the girl pauses, places her phone out of sight and sits still. What about this verse made the Imam shake like so? It induces neither overwhelming fear nor overwhelming gratitude. It speaks neither of the beauties of Jannah nor of the atrocities of Jahannam. It speaks simply of the Book, the Qur’an: the wise Book. What then had triggered this spell of emotion? She ponders.

On moonsighting day, I was thrilled, excited and ambitious in the wait for the month that would reset my exhaustion and distance from Allah. Weeks before Ramadan started, life was constantly moving one step ahead of me and my connection to my Lord was wavering. Ramadan in sight, I overcame hurdle after hurdle and knocked down obstacle after obstacle until, finally, the crescent moon was sighted. For the first few days of Ramadan, I stuck to my resolutions and planned my day accordingly. Sleep was for the weak. Day in and night out, I spent my time doing different things to get closer to the Qur’an. I pondered over its meaning and allowed Allah’s ayat to shake me and incite plans of action. But as the days passed, the routine suffered and I unconsciously watered it down for myself. It wasn’t until I watched the Imam cry like so that I decided my Iman and Ramadan were in need of a mid-Ramadan renewal. And the first thing I was going to do was find out how to get up close with the signs of Allah and take heed from them, just as the Prophet Muhammad (SallAllahu ‘alayhi wa sallam), the sahaba (radhiAllahu ‘anhum) and the people of ‘ilm and deen did.

The following are some of the things I’m putting on my mid-Ramadan resolutions renewal list. I pray it gives you an idea or two about how to get over the infamous, often clichéd, mid-Ramadan slump.

The first Ramadan habit to start wavering as exhaustion re-entered my routine was my recitation of the Qur’an. As the days progressed, my tilawah after Fajr lessened in amount and excuses to go back to sleep came easier than the will to recite. After listening to the Imam of Masjid-Al-Haram shake at his recitation of the Qur’an, I realized I needed to do something to make my daily tilawah less mundane and routine-like.

Make it a point to recite out loud. Make it a point to work on your Tajweed. Use the slot of Qur’an al Fajr to practice your tune. The correct delivery of Qur’anic verses has a unique attraction to it. Don’t recite in your head. Don’t skim through the verses. Take pauses to appreciate the eloquence of the Qur’an, even if Arabic isn’t your first language. I guarantee you will find great beauty in the Qur’an if you renew your recitation habits, and you will want to go the extra mile and recite more than usual.

We are reminded in the Qur’an, in several places, that the Prophet Muhammad (SallAllahu ‘alayhi wa sallam) was sent to teach us four different things with regards to the Qur’an:

He it is Who raised among the inhabitants of Mecca an Apostle from among themselves, who recites to them His communications (ayat) and purifies them, and teaches them the Book and the Wisdom, although they were before certainly in clear error. (Al Jumu’ah: 2)

As such, we learn the Qur’an must dwell not only on our tongues but also in our hearts and minds. Reading the Qur’an must encourage action and resolve. Knowledge of the Qur’an, therefore, is key.

The Imam of Masjid-al-Haram shook upon reciting the Qur’an because he understood it; he understood the meaning, the context, the weight of it. He had already internalised the sheer magnitude of Allah’s word. To him, one verse held meaning strong enough to shake him. I wanted that.

I realised I haven’t been spending enough time trying to understand the Qur’an this Ramadan. If you’re on the same boat, here are some of my ideas:

3) Listen to the recitation of the Qur’an.

As such, we should also make it a habit to listen to the Qur’an being recited by others. I have always had a favourite Qari from Masjid-al-Haram, which is why, out of habit, I had switched the TV on to watch the live taraweeh prayers. But only now do I realise that I had let it become a mundane habit and I had allowed other activities to infiltrate into my Qur’an-listening time, leading to a slump in my Iman level. I need to return with a renewed sense of dedication to simply listening to Qur’anic recitation.

Pick your favourite Qari. Listen to the Qur’an being recited in all its glory. Dedicate a part of your day solely to absorbing the tilawah of the wise Book. And watch as your heart is pulled towards to Allah’s book, in sha Allah.

4) Accompany your Qur’anic studies with the Seerah.

‘Aisha (RadhiAllahu ‘anha) said, “The character of the Prophet of Allah (SallAllahu ‘alayhi wa sallam) was the Qur’an. (Muslim)

I believe our mid-Ramadan renewal of actions can benefit greatly if we start learning the seerah (the biography) of the man who was himself the embodiment of the Qur’an, Prophet Muhammad (SallAllahu ‘alayhi wa sallam). You can do this by reading books like Riyad As Saliheen or by listening to lectures online, such as Yasir Qadhi’s full Seerah course available on youtube: https://www.youtube.com/watch?v=VOUp3ZZ9t3A

Those only are believers whose hearts become full of fear when Allah is mentioned, and when His communications (ayahs) are recited to them they increase them in faith, and in their Lord do they trust. (Al Anfal: 2)

When I came across this ayah a few days ago, I became exceedingly alarmed. I thought about the last time Allah’s mention filled my heart with fear and taqwa. I tried to remember when I last felt an increase in faith simply upon hearing Allah’s communications being recited to me. I asked myself whether or not I’ve always placed my trust solely on Allah. And my answers worried me.

When I came across this ayah, I decided I need a Qur’anic treatment for my mid-Ramadan slump. When I saw sheikh Maher Al Mua’iqly of Masjid-al-Haram weep upon reciting an ayah about the greatness and wisdom of the Book we have taken for granted, I knew where I wanted to be. And that’s where we should all want to be: closer than ever to the wise Book. 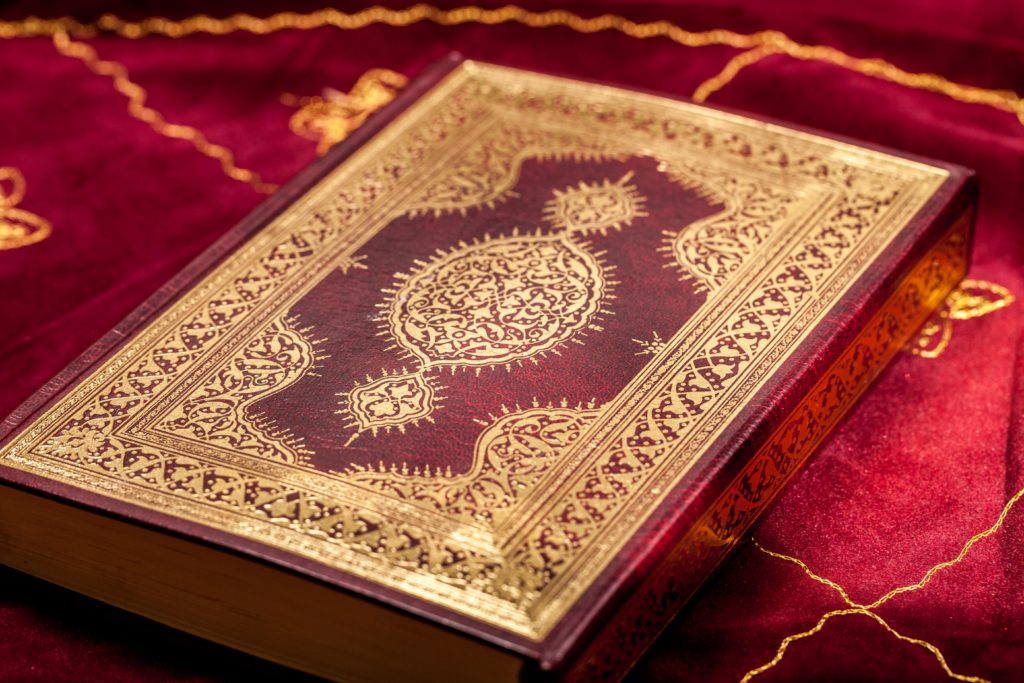 Ayesha Burney is an aspiring writer and blogger. She is currently pursuing a Bachelors’ degree in English Language and Literature. Her passions lie in writing, Islam, and education. Although her blog is not yet established, she enjoys writing articles of reflection and recreation.

Keeping it real: Tips on a productive Ramadan with babies and toddlers