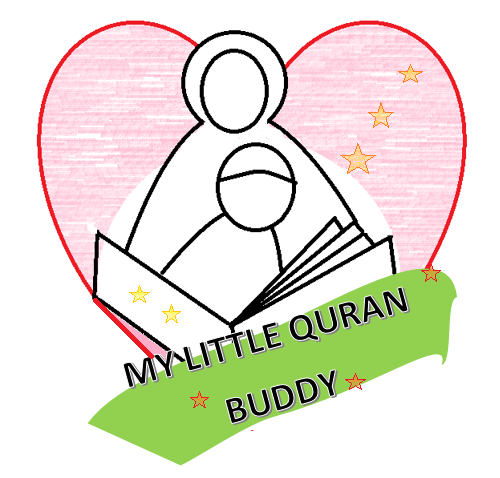 Dear friends, I would like to share with you something which made me very happy!! For me, it is an achievement too good to be true! This happened a year ago. Yet, I can’t cease being pleased about it. My son, who was then just a six-year-old had memorized 30th para (last part) of Quran! Allahu Akbar. But there is more to be happy about. With him, his thirty plus years old mommy (me) memorized Juzz Amma too!!!! Alhamdhulillah. And we did it ourselves by the grace of Allah. If you see my journey, you would understand the reason behind my uncontainable happiness.

I had been childless for the first few years after marriage. This is when I took up a course to study tafsir (explanation) of Quran. Like any other infertile Muslimah, I recited invocations of Zakkariya (PBUH). 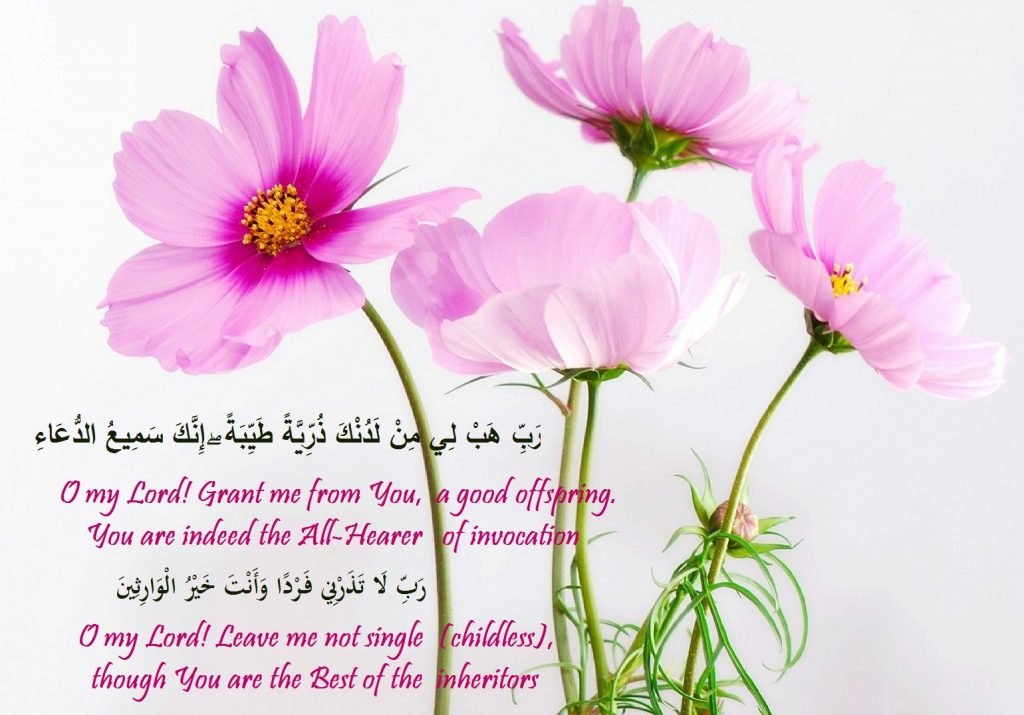 Quran clearly showed the state at which Zakkariya (PBUH) asked Allah for a child. It was more than a mere desire. Zakkariya (PBUH) was an old man with a barren wife. This is when he prayed for a child! His humble plea showed the prophet’s Tawakul (Trust) in Allah. He wasn’t unhappy with Allah’s decree. There a strong reason for his request. HE WANTED SOMEONE WORTHY TO INHERIT HIS PROPHETHOOD! Subahan Allah. 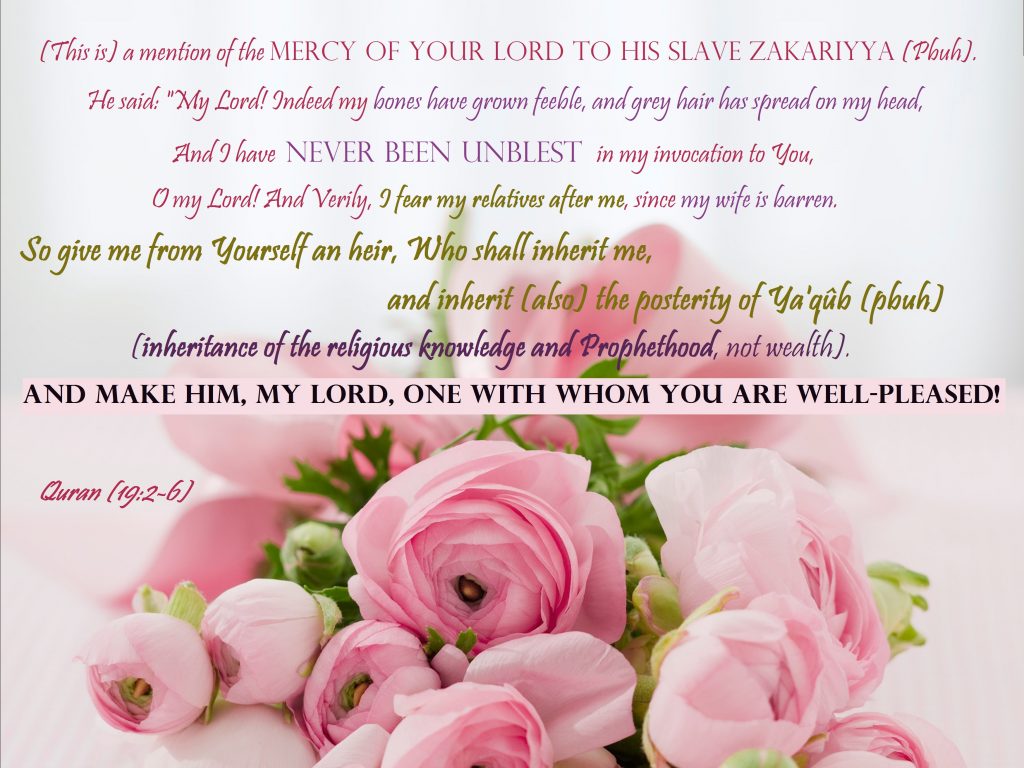 I had no idea what had Allah decreed for me. As I read the above verses, I wondered why did I want to be a mom? I realized being a parent is a huge responsibility. We parents work hard to provide the best nourishment for our child. We spend a fortune on our little one’s education. Are we ensuring that they are brought up on the way of Islam? Do we instill the love of Quran in our child’s heart? How can we show our gratitude to Allah for being blessed with a child? We could learn from the attitude of Zakkariya (PBUH) on being blessed with a child. 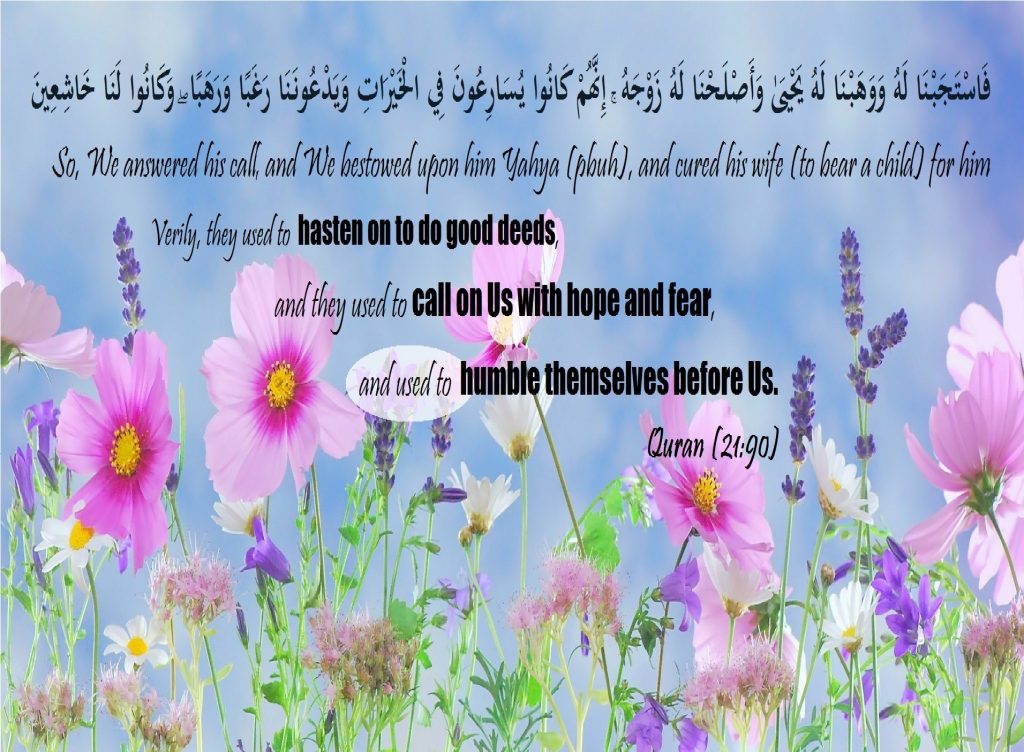 We are to raise our children as believers adhering to Allah’s command. Inspired by the narration in Quran, I prayed for a child with whom I could worship Allah with ease; a child who would be a means of sadaqa jariya (who becomes a reason for increase in my good deeds after the parent’s death). I resolved that If Allah blesses me with a child I would encourage him/her to memorize Quran. For the majority of my life, I had only uttered surat ul Fatiha and surat ul Ikhlas in my Salah! And, with no hafiz-a-Quran as far as I know in my lineage, this indeed is a very heavy resolution.

Alhamdulillah. The Most Merciful Allah soon blessed me with a son. When Zakir was less than three years old I attempted memorizing surat un Naba from a popular website. A group of ladies repeated the teacher as she recited the verses. I tried reciting the memorized verses at the end of the session. Whenever I stumbled my little innocent baby would help me!! I was stunned. The truth is every toddler would readily learn things which are repeated to them. Don’t we teach our children poems?

When my son was ready for a nursery, I wanted the best of the teachers to teach Quran to my son. Either he was dismissed as too young or the institute was too far away. The teachers who were willing to teach him at home would only spend a little time with him and I wasn’t satisfied with the outcome. With a birth of another son, life turned busier. I wasn’t sure when to start or whom to approach to help Zakir memorize the Quran.

As a kindergartener, Zakir used to return home early. To prevent him from troubling the baby, I used to play nasheed (Islamic poems/songs) on the computer. He would hum the nasheed while playing. This is

when it struck me – MY SON COULD LEARN TO RECITE FROM THE BEST QARI IN THE WORLD! Qari (Quran reciters) like Misry AlAfasy, Khalifa Al Tunaiji, Husairi and more could indeed help my son memorize the Quran! Several websites with memorizing option are freely available for us to explore! I tried such a website. Alhamdulillah. 4-year-old Zakir was happily reciting the verses I had just played on repeat mode! And here began our Quran memorization journey.

Prior to the birth of my son, I had attempted several times to memorize few small chapters from the Quran. We all know the story of the Hare and the tortoise. Let’s just say, my approach was more like that of the Hare! I could have never completed the mammoth task like this. I did pray and plead to Allah to make Quran my companion in the grave. But, I was not doing enough to give life to my supplications. The All-wise Allah, who had installed this desire in my heart also showed me a way to give life to my desire. I wanted my son to see Quran as a part of his life. This required me to take time out and dedicate myself completely for memorization. During this fixed time, nothing else was to be given preference! Could there be a better way to have quality time with one’s child?

Does one’s smartness or memorizing speed make a difference? It wouldn’t help if we are not consistent. I tried my best to make memorization an everyday task. It didn’t bother me if we just memorized a line or a word as long as we continued spending time with the Quran. We read and listened to the verse over and over again. Having a little buddy made this task much easier. My son’s company served as the much-needed push to keep me on the track.

All my life, I avoided studying anything I didn’t understand. Even as a teen I preferred reading the translation of the Quran to the original Arabic text! Back then, I just couldn’t read Arabic. Even after, I had taken up tafsir (explanation) course, I hesitated reading Arabic text while explaining translation to others. When I finally had to, I was down to tears due to my inability to read Arabic fluently. And in my tajweed (art of reciting Quran) class, I was probably the weakest student. Till date, my pronunciation in any language is far from perfect. Honestly, even in my early twenties, I would have never foreseen myself trying to memorize the Quran. But most merciful Allah has helped me start this journey of memorizing Quran. Alhamdulillah. When I could do it, anybody could do it with Allah’s help. The first step is the most difficult step. 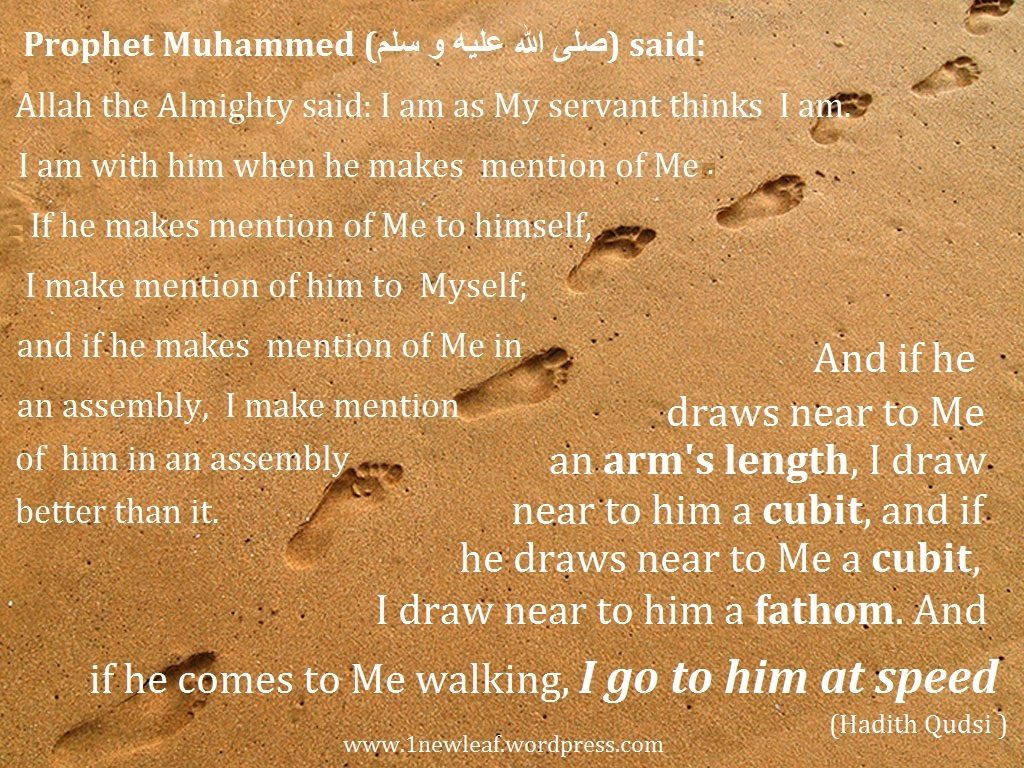 Like any other normal seven-year-old, my son loves to play and read books. He too demands the toys that are in trend. He dislikes cleaning up. He too plays pranks around his little brother and tests my patience with his mischief. I can’t keep him from being influenced by factors outside the home. But, I hope in future he’ll influence those around him in a positive way. When he first joined the school, he returned home singing a song in a language I didn’t understand. After he started memorizing, he returned home stating he had taught few of his friends the chapters he had learned. His love to memorize things surprise me. Even if it is not necessary, he readily memorizes any poem he loves during the school hours.

This journey was originally taken to help my son memorize Quran. The truth is – it is my little buddy who has helped me more. Like any other little chap, he is much faster than me in memorizing and refuses to continue unless I too memorize the verses. This has resulted in me spending more time with Quran when he is at school. I know I am not good enough to teach him or anyone else. His pronunciation is far better than mine (We still have a teacher helping him recite Quran). The necessity to improve my tajweed has dragged me to the masjid. I opted to visit a masjid which is a bit far from home. Well for every step towards masjid don’t our sins shed. Plus, a brisk walk is good for our health. Sometimes, I feel lazy. Then I think of walk a paradise which I could be rewarded for this. (Insha Allah <3) This gives me the much-needed boost. 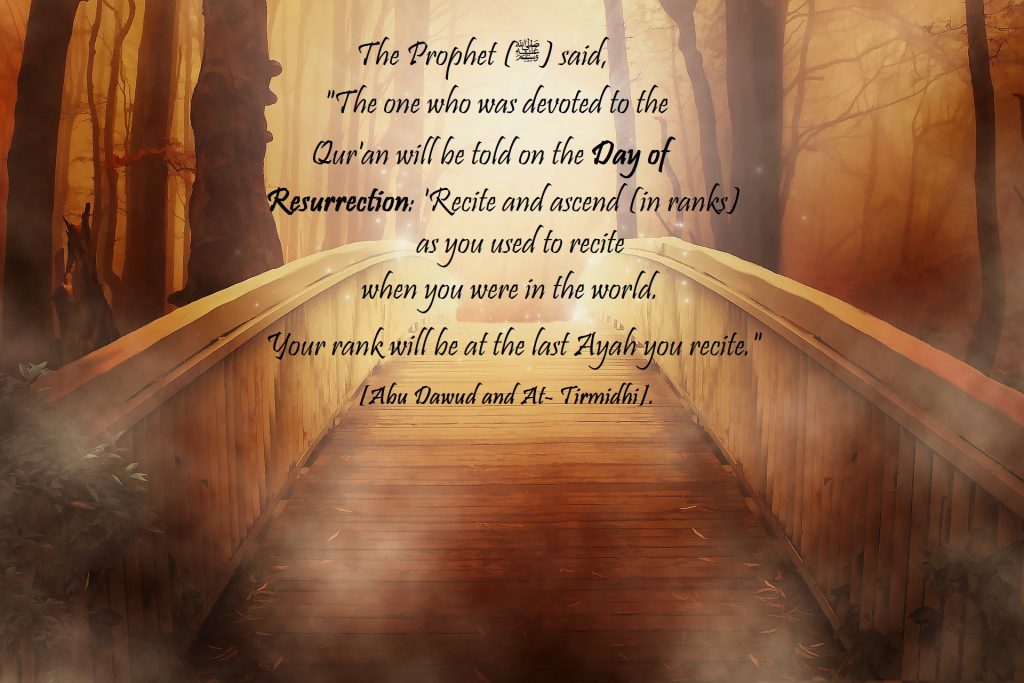 Insha Allah, I would like my son to join the halaqa (memorizing circle in masjid). There he could study much better. I don’t know how long will I be able to keep pace with him. Maybe soon he would not need me to help him out. Ah, it would be nice to see him take a role of the teacher and teach his brother (and me too). Yes, I would love to become a hafiza. I would love more to see my sons turn into Hafiz and live trying their best to please Allah. After all, parents are rewarded in heaven for this! 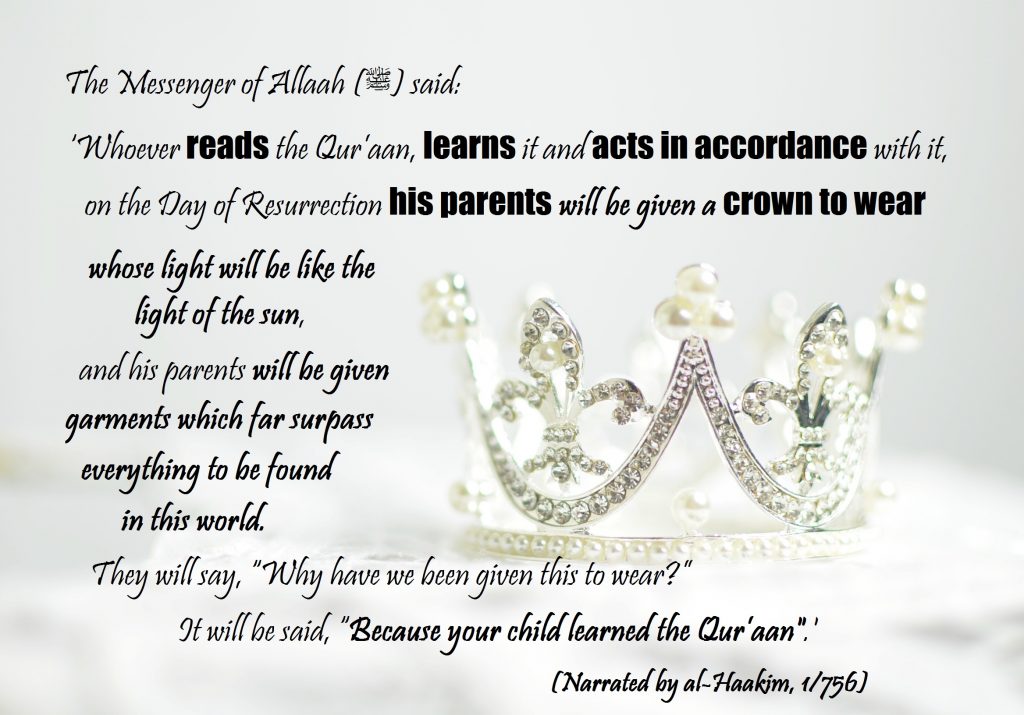 Quran time is a blessing in other ways too. My naughty explorers are silent during and after Quran session. It keeps us away from TV and the computer. We have things to speak and laugh about, which only we understand. Zakir has even invented some Quran recitation games and pop quizzes!

I can’t thank Allah enough for blessing me with a son, who in turn helped me take this major step. Now I work like the tortoise (recollect the good old story about hare and the tortoise 😊). We take a step at a time. The finish line is far away. I am not sure whether I’ll be able to reach it. Insha Allah, I’ll never give up. May Allah make it easy on us. Aameen.

Would you like to take up such a journey? Who would be your memorizing buddy? Maybe my upcoming post on tips to memorize from home will motivate you further.