Etiquettes of Asking For Charity

Giving charity is one of the forms of worship and is rewarded by Allah in this world and the Hereafter. I really appreciate people who go the extra miles to collect charity for a cause and try their best to relief people through financial help. One really needs a lot of courage and guts to constantly go about asking people for charity which is not for you but another Muslim brother or sister in need. But I believe in this act of piety one can go too overboard and cause embarrassment to other Muslim brothers and sisters for various reasons.

So here I have got a few etiquettes that should be taken care of when you are collecting funds for a cause.

Inform, instead of asking

When we are working for a cause the first thing we do is contact our close friends and relatives and ask them if they would like to donate. It will be better if you rather tell them that you are working to collect money for a specific cause and if they are interested to donate at any time they can get in touch with you. You can even tell them to contact you within a certain number of days but don’t ask them. Chances are they will feel embarrassed to deny and they might just end up donating money just so you would stop bothering them which will simply ruin the whole purpose of charity. Another problem can be that they might be suffering from some financial issue and they wouldn’t want to tell you about it thus putting them in an awkward situation.

Don’t tell them how much others have donated

Not everyone come from the same financial background and everyone has different level of financial needs so you need to know that not everyone will be able to pay you a huge amount, some might just be able to donate $1 and that still is charity in the sight of Allah. So don’t go about telling people how much others have given you which may discourage those who can only donate a small amount.

Only mention it once

If you have already informed or even asked someone to donate, try not to ask about it again until they themselves get in touch with you for it. This once again might just force them to donate just so you will quit asking them.

Be brave enough to hear a ‘No’

Don’t feel bad if a fellow Muslim refuses to donate to you. Everyone has their own reasons. That shouldn’t become the cause of you judging them in a negative light.

Make more use of the public platforms

Yes, Alhamdulilah for social networks. Post it there so those who can and want to donate will then contact you directly. Those who can’t will still be able to become a part of this good cause by sharing it on their profiles.

Don’t use the ‘guilt weapon’

I feel it is absolutely wrong to induce guilt in someone just because they refuse to donate. This will actually destroy the whole purpose of you working for the cause because it will become a war of ego just because someone denied donating for your cause.

Avoid boosting the importance of your cause

If someone tells you that they are planning to donate to another cause then let them do that. You don’t have to start an argument that your cause is more important than the other one.

Remember that their matter of giving charity is between them and Allah and you don’t have to police them. You never know what good deeds they already might be doing to please Allah. Also remember that your work for the cause should be to please Allah and your provider is only Allah so have faith in Him and you will succeed in collecting donations for your cause, Insha Allah. 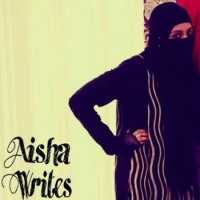 How to Stop Overextending