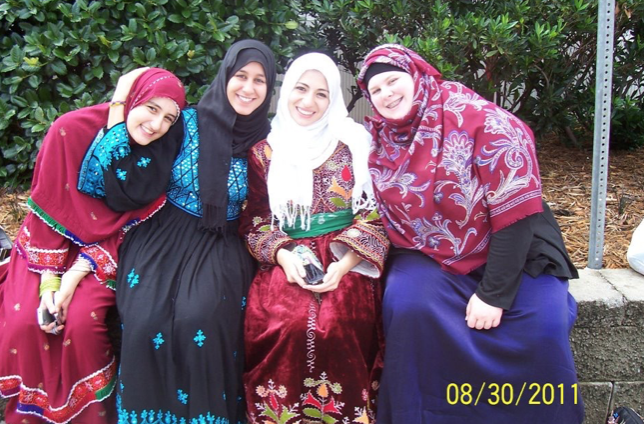 Eid is a time of family, celebration after the long month of fasting and prayers, and food-plates upon plates of food. Arabs dream of mashi (stuffed vegetables) and Desis dream of samosas (a fried pyramid shaped pockets of flavored vegetables and/or meats), and all born-Muslims dream of sweets–everything from candies to bizarre konafah and besbousa creation to President Obama’s favorite jalebi or zalabia (sweet fried dough soaked in a sugar or honey syrup). When you’re a convert in a majority Christian area, this is not your Eid. 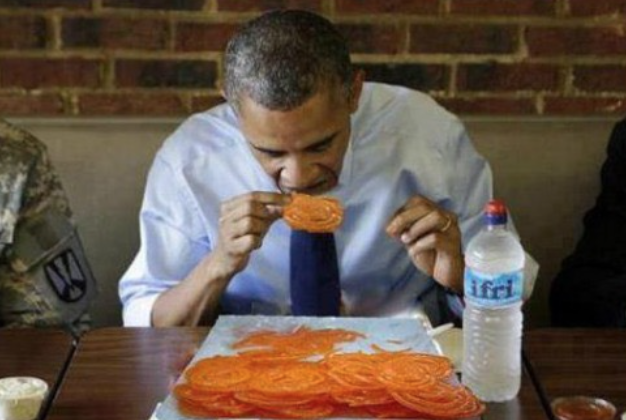 A convert living along or near the unofficial ‘bible-belt’ of America will use sheer willpower to survive Ramadan without the moral support of peers. Eid is often yet another day of loneliness, unless you live near a Masjid. Many converts try to mark the day with new clothes or a fancy restaurant meal, but many are left with a longing to have a family of their own so they have other Muslims to be with.

Despite living in NC, VA, and FL during my first four years as a Muslim I was one of the lucky converts who lived near thriving Muslim communities.  My first Ramadan was shortly after I converted and the Raleigh, Cary, and Apex NC Muslims were extremely welcoming.

Throughout the entire month I studied Arabic, Islam, and the Noble Quran. I volunteered with the youth groups and attended many iftars. I felt like I was taking a mini-world tour with Arab, Persian, Turkish, Desi, and Indonesian Muslims-as my appetite for international flavors was well nourished! I also participated in Masjid tours where non Muslims who wanted to learned more about Islam could ask questions and learn more about prayers.

During the last week of Ramadan I meet an amazing family. Their daughter invited me over to their home. While we waited to break our fasts, we talked about religion, school and future plans (ok mostly about boys, but it was a few months before I met my future husband and I NEEDED the low-down on Muslim boys). Then they invited me to iftar at the new Apex Masjid. She introduced me around the places (she seemed to know everyone) and helped me avoid the affectionately called, ‘aunties’ and ‘uncles’ who liked to play matchmaker.  Next we dove into the delicious piles of plates of food. Yes, I finally understood why Desi friends giggle when they hear my last name as everyone excitedly shared their families’ pakkora (savory fritters). After refreshing ourselves with cups of rose water, we rested on the newly installed plush carpets of the prayer room. She offered to loan me clothes and gave me Eid outfit advice, finally we parted ways.

A few days later, we meet again at 7am to train as Eid greeters and aid in setting up the giant hall at the North Carolina State Fairgrounds. She introduced me to more Muslim girls who were attending the same University I was. Then we “Ramadan Kareem”-ed,  “women’s area here” and “children can play there” to every family we met. After prayers concluded her sweet father insisted his daughters ‘new convert friend’ accept candies and cash from him. I knew this was typically done for children but he won’t take no for an answer and smiled, oddly like a child at Christmas, when I begrudging accepted his gifts.

We spent the rest of the day going to friends’ houses and sharing meals until all the day’s prayers had concluded.

I felt welcomed and included. This girl and her whole family were so kind. It truly eased Ramadan and probably helped me adjust to being a part of the ummah (Muslim Community).

Unfortunately, this was my only Ramadan in NC. I was hired right out of college, so, as I spend the Holy Month traveling for my work on President Obama’s re-election campaign…but with a President who understands Ramadan enough to enjoy the international sweets, I was never too far from the deliciousness of my first Eid. 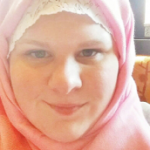 Jillian Pikora is a writer who has contributed to many magazines and news sites including but not limited to; Azizah Magazine, Huffington Post, Coming of Faith, Sisters Magazine, New York Times, The Atlantic, and The Guardian. Jillian has made appearances on CNN, Fox News, CSPAN, and Al Jazeera. She currently is a writer at CairoScene. Learn more about her at: http://jillianpikora.com/

An open letter to Ramadan (The Month of Blessings)

Dawn of the Night