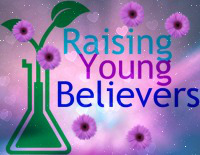 One of the most challenging parts of motherhood lately, has been to simply sit back and allow my children to choose their own friends. It put into sharp focus my own shortcomings, and perhaps even my need to control and micro-manage them, and made me realise that even though I want to raise, strong, independent thinkers, how very difficult it is to watch it actually bloom.

I think especially now as the tween/pre-teen years are literally on our doorstep, I find myself very concerned about the impact and level of influence that my childrens (my sons especially) peer groups will have on them. Some friends I initially thought were too loud, too boisterous, too much into pop culture, too focused on sports, not quite academically inclined ect.

It was hard to sit back and not edit his friends, as I did do when they were younger, and it was MY social circle that influenced THEIRS! I decided though, that this was the only manner in which he would learn to read people, to trust his gut, the only way that he would truly be exposed to different cultures, to follow his instinct,  and in the end, recognised too that in fact, it was my by own parenting influence of always encouraging him to be open-minded, that in fact led to these friendships.

As predicted, some of these didn’t last, and he saw for himself that certain friends personalities didn’t quite match up to his personality and interests, but other friendships surprisingly did, and more than that, they flourished! And as I listened to him talk about them, about what they did at school, and their discussions on movies, and how they motivated each other at soccer matches, I realised that what I may have perceived as a negative influence was actually a positive one. It was just that the positivity was not in a field I had imagined.

I love learning from my children, and the big lesson I learnt in this instance to stop pre-judgement! Everyone has their own strengths and weaknesses, and my son was big-hearted enough to embrace this. Now the kid who wasn’t academically inclined, trades soccer tips with Little Man, in exchange for a weekly Maths lesson; the loud boisterous child, was the one being picked on, but I’ve learnt he’s also the one who has a HUGE dose of compassion and kindness.

Happiness – Comparing our Happiness to that of an Orphan