From Reluctance to Acceptance – My Journey to Hajj.

Home / Islamic Reflections / From Reluctance to Acceptance – My Journey to Hajj.

“Hajj is for older people,”

“You should go for Hajj once you are married, with your husband,”

“Once you go for Hajj, that’s it, no more fun, you have to change,” 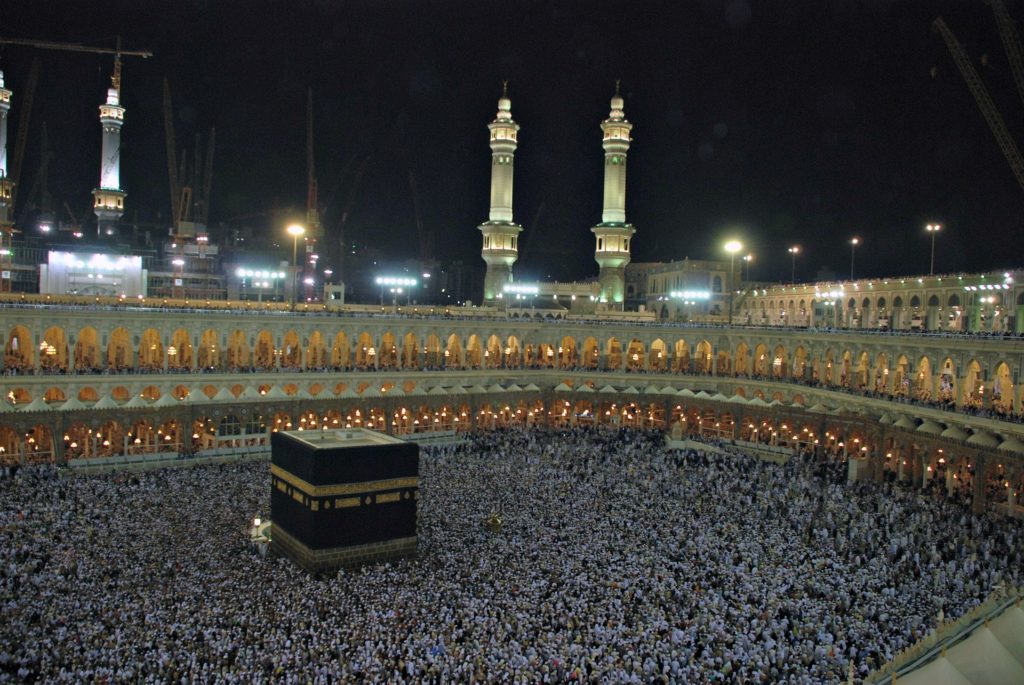 Throughout my teens I didn’t really reflect a great deal on Hajj, but my ideas were shaped by these views I often heard from others. Hajj was something older people did, the ultimate goal to achieve once I had finished my studies, established a career, got married and the kids were grown up. The thought of going for Hajj scared me, being with millions of people and potentially getting crushed, but I also had this feeling that I had to go through some kind of major transformation and could no longer be ‘Me.’ No way was I ready for that.

In my early 20s, I went through a turning point in my relationship with Allah (swt). I would spend hours reading Hadith about the Day of Judgement, and Afterlife. All I wanted was to turn over a new leaf. And it was during this period of reflection that I made the promise to perform Hajj before I leave this world. I hadn’t envisaged going anytime soon, but I felt I had to go at some point.

My dad made a trip in 2002, and he suggested I could go as well, but I didn’t feel ready. Finances aside, I was still finding myself spiritually; I just wasn’t mentally prepared at that point to make the journey.

But gradual changes began to take place; Alhamdullilah, within a year I started wearing the hijab, and the following year, I made my first trip for Umrah with my dad. Having that experience gave me the urge to fulfil my Hajj promise.

So in 2005, my dad announced he was going with a group of friends. At the time, I had a full time job, and just thought, “What’s stopping me from going?” Alhamdullilah, I had the money, could get time off work, and had someone to go with. So I made the decision to go – as a single woman in my 20s.

I won’t say too much about my pre-Hajj preparation, but suffice to say, I tried to read as much as I could, and seek advice from those with knowledge. The one revelation for me was discovering that women didn’t need to wear all white!

The particular package we had, meant we were to spend the first 9 days in Madinah. The first piece of advice I would give to anyone is, where possible try to go to Makkah first, do the Hajj, and then go to Madinah. Madinah was really cold then as it was December, and most of us ended up with colds and chest infections, so energy levels were really low by the time we got to Makkah. Nevertheless, being in Madinah for such a long period of time was such a blessing.

So then we made our way to Makkah (going into ihram en route), and stayed in a place called Aziziyah, on the outskirts of the city. This was our base initially; from there we travelled to Mina and then went on to perform the various rituals.

There are countless stories to share with you all, some emotional and amazing moments, and some very unpleasant, testing, but in hindsight, humorous experiences too. Individuals getting lost (in one case for 3 days), my dad collapsing with dehydration and me screaming hysterically, tensions and conflict as arrangements were not going to plan. As for me, well I managed to fall into a ditch and twist my ankle on returning back to Aziziyah, toppled over in the Rawdah (an area within the Prophet’s (saw) masjid) as a woman became so overcome with emotion she collapsed in tears on me, and then proceeded to grab my burka. And, my altercation with a man, who objected to me praying in front of him at Masjid Al Haram, even though I couldn’t physically move due to the sheer volume of people and the Adhan for Maghrib had just been given. Let’s just say it was an awkward moment.

But it wasn’t all pain and horror; there was so much joy and emotion. To this day, I still struggle to really convey what I experienced as I went through all the rituals, praying and shedding tears on the Day of Arafah, begging Allah (swt) for His forgiveness. One memory that will never leave me is when I was pushing my dad in a wheelchair around the first floor of Masjid Al- Haram, and a lady looked at me, pointing to my dad, and said, “Father?” I replied, “Yes,” and she pointed to the sky and said, “Thawab” (reward). That incident still brings tears to my eyes.

Hajj tested me in so many ways, and I always tell people how much sabr (patience) is needed. You will deal with so many situations, and different types of people, and you just have to learn to let go of things. But my main advice is not to delay Hajj – if you have the money and means, make the intention and go. Life is short, and I’ve seen people who had the intention, but delayed and then sadly ill health and other circumstances took over. Can any of us guarantee to see another year?

I wouldn’t have believed it if anyone told me in my teens I would be going for Hajj in my 20s. But it has to be one of the best decisions I’ve made. And I take huge comfort in the fact that it was ultimately Allah’s (swt) Will that I was to go at that point in my life.  And am I having ‘less fun’ as a result? I’m still ‘Me’ to some extent, but my life has changed, and definitely for the better Alhamdullilah.

May Allah (swt) grant me the opportunity to perform Hajj again, and may He grant those who have never been, the chance to experience this amazing journey inshaAllah. Ameen.

Monira Ahmed is a UK based careers professional, blogger and recent winner of a national careers award. She has a passion for helping others, especially Muslim women, achieve their potential and career goals. You can follow her on her blog Everything Careers.