Day 10 – Celebrating Ramadan With Kids Half Way Around The World

My family has spent Ramadan on three different continents: Africa, Europe, and North America. Each time we maintained some of the routines (the sunnat and traditional foods), but we invariably adjusted to the circumstances around us when needed. When days were very long, and the kids were still too young to fast, we still wanted them to feel a sense of the fact that this was a very special month, and although things would work a bit differently, they’d notice a positive change. Whenever possible we included a shared experience with neighbors, friends, and family (including the non-Muslim ones), and make a special event of iftar time. In North America we made sure to send a taste of our favorite dishes to the neighbors, attend at least one iftar potluck at a local masjid, and talk about Ramadan in school with teachers and schoolmates. Although I have family in both continents, they aren’t Muslim, and have shown very little curiosity or interest in our faith and practices, so that sort of put them in a category very close to our neighbors and friends, at least as far as Ramadan is concerned. In Africa we spent as much time as possible with family, ensuring that every uncle and aunt would get to spend at least one iftar with us, it’s a large family, so that pretty much covered the month.

While in Europe, we lived in a tiny community where the closest mosque was nearly an hour’s drive away. As far as we knew, we were the only Muslims within a fifty mile radius. One of our little munchkins had a birthday, on one of the longest days of the year, in full summer heat. I couldn’t quite imagine how I’d be able to pull off a regular birthday party with dozens of kids eating junk food and bouncing off the walls, without caffeine to get me through it. So we decided to have it outdoors, at the park, in the late afternoon, and we invited the parents to join us, explaining why we were choosing such an unusually late hour for a birthday party. It would fall within two hours of their supper time, so it would be convenient for them as well. Being a public space, they’d be free to move about, join, or leave without any restrictions. I spent about three days preparing all the healthy foods, snacks, and meals that I’d be serving, but to this day it’s probably one of the most memorable iftar dinners I’ve ever organized. I don’t even remember how many people showed up, some even brought pizza and more snacks! We even had people show up just before mughrib with sweets and coffee! The kids had the entire park at their disposal, and the cleanup was a breeze. Everyone chipped in, and it truly felt like a community event, which is, I think, what made this so delightful.

In North America days are much shorter, and not nearly as hot, but unlike Europe, communities are larger and more widely spread. It’s not unusual to find at least a couple of Muslim families pretty much anywhere you go. Mosques are sprinkled all over the map, so we certainly weren’t as isolated as in Europe. Parks, at least where we lived, weren’t nearly as family friendly as in Europe, though. They were frequented by young parents or grandparents with their toddler charges, busy people and their dogs, and incredibly bored teenagers looking for ways to get away from home without getting into too much trouble. Hardly the ideal spot for a community picnic at dusk. So we concentrated on the indoor, more organized activities that could be done in conjunction with organized institutions, such as mosques, community centers, and schools. Thanks to social media it’s quite easy to find out what your local mosque, community center or school is up to at any given time, and because there are so many of them, you can make the rounds, to get a taste of the diversity that your area has to offer. By the time we settled in North America, our kids were of school age, and at least partly fasting, so they were much more invested in the routines and practices of Ramadan. As such, they took it upon themselves to introduce their routines to their classmates, invite friends over for iftar, and organize to meet at one of the mosques for potluck iftars and tarawih prayers. Our neighbors were rarely Muslim, but even when they were, they mainly kept to themselves, and it would be hard to schedule a day that would work for everyone. Here, I think, the mosque is the primary driver for unity in the ummah, and the school is the catalyst for understanding among students. Although we always made a point of sharing dishes with our neighbors, and were generally quite friendly with each other, Ramadan hasn’t been something we’ve enjoyed with the wider non-Muslim community. I don’t really have an explanation for this, except for the fact that here people like their homes, and don’t feel as willing to blend spaces with “outsiders” as much, certainly not because of fear, perhaps more out of habit. Thank Goodness for safe, organized, indoor spaces!! 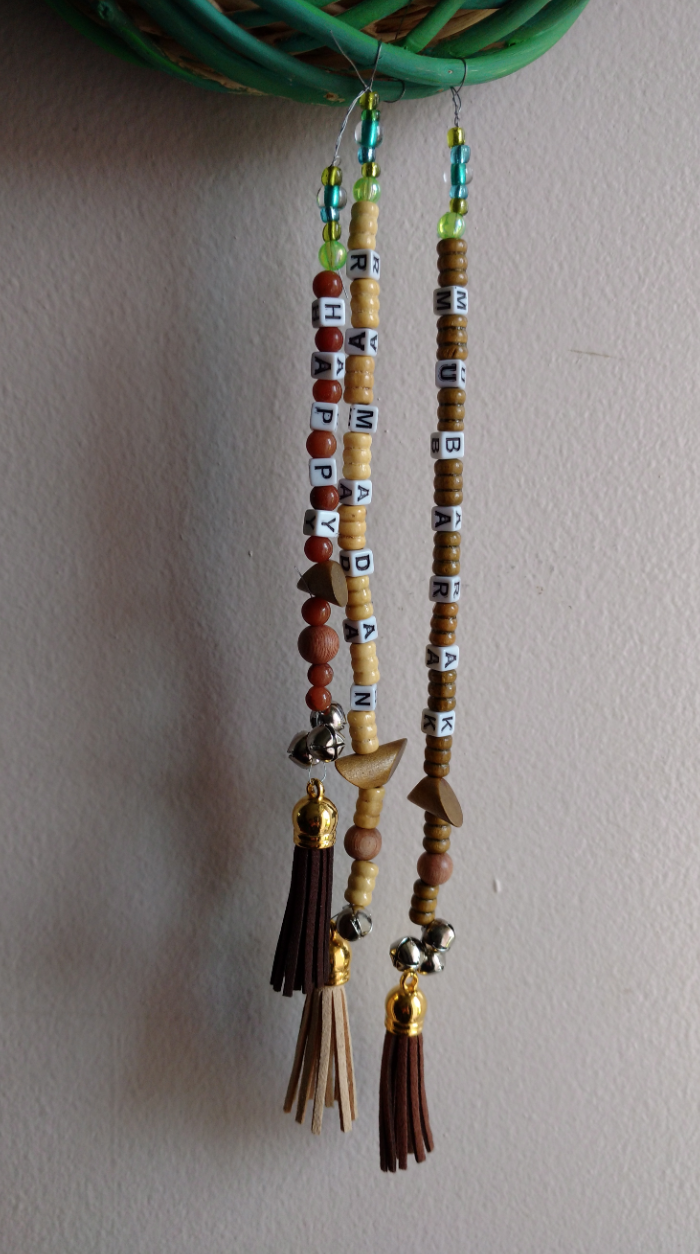 In Africa we spent many Ramadans, all near Muslim neighbors and family, and the challenge wasn’t so much trying to find ways to make the month extra special, but actually trying to find time to do everything. The hardest part was setting boundaries, because being surrounded by Muslims who themselves want to make this period a festive one, you can get invitations on a daily basis, which you are obviously expected to reciprocate, and this can really rob you of significant soul searching, spiritual time, and relegate you to the kitchen for arduous, interminable hours of mindless cooking, cleaning, and toiling. Thankfully my husband and I are of one mind on this, so we’ve been able to consistently keep visits to a minimum, whilst respecting his parents’ wishes of quality time with their son and grandkids. I personally missed the opportunities to meet people, as iftars in Muslim countries tend to be kept within the family. Seeing as I don’t have any blood relatives here, I’d often end up having iftar alone. Also, they are predominantly extremely labor intensive, and there seems to be a tremendous amount of unspoken competition over dishes and other aspects of the meal itself. This isn’t what I’d call a friendly atmosphere, a priori, so I’m glad we steered clear of it. One aspect that I truly enjoyed, though, was when I’d prepare iftar for my in-laws with one or two sisters in law, and we’d clean up together in time to be able to attend tarawih prayers together. Our kids would keep each other company, eat with us, and help out when needed. Having one or two people to work with would ease the task, and allow for more meaningful conversations to be had.

Each approach, I think, has its own benefits and drawbacks, but can all contribute to making Ramadan special, in different ways. As long as your values are respected, and the children are able to partake of the spiritual benefits while sharing with their peers, I think each one of us can find a balance that works for our particular family, in our given circumstances. May Allah bless your Ramadan, and ours, make it a source of enlightenment, joy, and guidance, wherever you may be, and in whichever circumstances you may find yourself.

Hanaa writes for www.cafecaterpillar.blog and other online and in print magazines. She has a background in international languages and literatures and enjoys connecting women of diverse backgrounds by highlighting common ground and demystifying differences.