I have been staying away from making desserts or even baking! However, I could not refrain from it for too long, my hands were itching to make something every time I open the fridge or pantry, non-stop drooling when I see delicious desserts posted by fellow bloggers, social media feeds were raining with cakes and scoops and sweets due the holiday season …. eventually I became so disoriented, forgetful, lethargic, fatigue, and totally disinterested in anything, and then I found myself reading this… and a voice inside me said that I will get better if I have one small tiny scoop of it..definitely. I went right into the kitchen to make it the very day!

I was too lazy to make any elaborate baking or steaming puddings.. This recipe was so apt, and takes so less time to put together. I needed to make it to boost my spirit and trust me, I had the most wonderful weekend devouring this dark chocolate coffee rich pudding with a dash of cream cheese and cinnamon! An instant mood lifter!

Recipe is adapted/inspired from my best blogger friend Rafeeda’s blog. Same skeleton with differently tasting ingredients. The Marie biscuit pack was picked at least 3 months ago to make the chocolate cake that my friend shared but guess it was meant for this one! F is not a dark chocolate fan, but still got him to taste it by with the selling point – “cream cheese”.. though it was just a teaspoon, he was excited to taste 😛 and went on to have more than his share..

I added less sugar so this ain’t a very sweet dish, but a very creamy one with a sweet coffee note. Addition of cinnamon was a last minute idea, and suggested by F. I think it did add in a kick of flavour that went so well with the coffee soaked biscuits. A super easy, quick to put together in no time.. only time is the chilling for at least 2 hours.

This yields for two too sweet toothed! may be one more person, if you are willing to share. 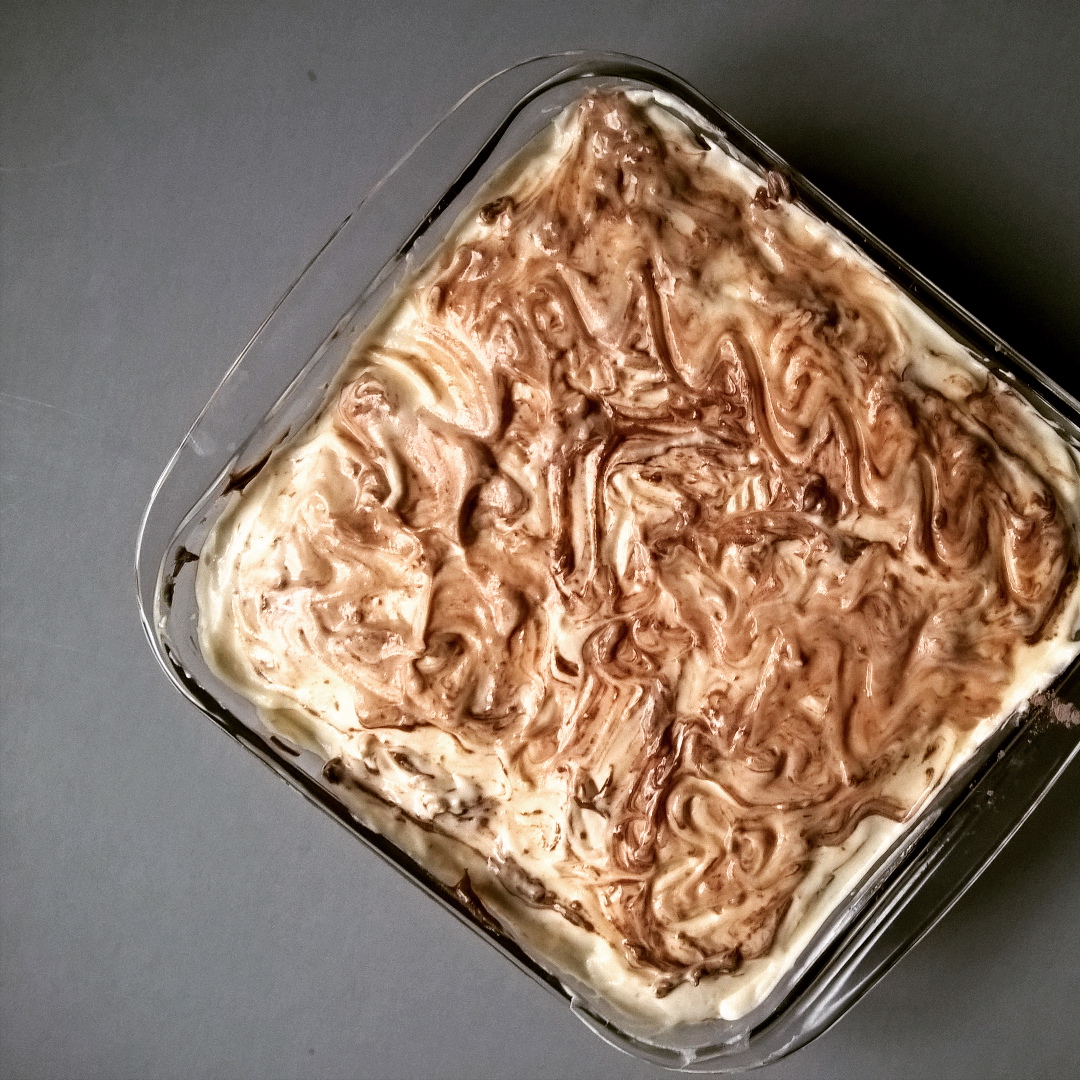 Full recipe can be found over at My Life In Yanbu