We are living in times where more and more Muslim women are choosing to remove their hijabs (and abayas) for the sake of beauty and fashion. As women, we are constantly under pressure and are being looked at under beauty “microscopes” 24/7. Then there’s all those beautiful celebrities and makeup tutorials, fashion vlogs,  etc. telling you what to wear, how to look, and if you fall short, then you feel miserable and worthless. 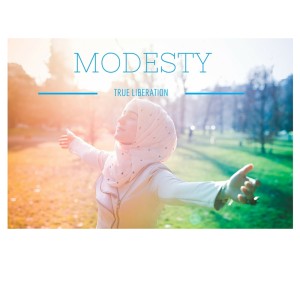 Trust me, I’ve been there. I wasn’t always Muslim and many wouldn’t know I was raised in the Entertainment Industry where beauty is basically your ticket to success. I was very much into my hair, (didn’t wear much makeup),  clothing and just overall trying my best to make sure whenever I stepped outside I looked like a movie star, just in case a famous director happened to drive by. (This sounds very lame now that I think back on it)

I have to admit I NEVER felt comfortable in any of those situations or environments. I always felt out of place or like I was trying to be someone I wasn’t. I hated going to auditions in 4 inch heels and STANDING in lines for hours, for casting calls and auditions. I would just look around at all the other girls who were just like me waiting for someone to pick them and tell them their beauty was enough to make it in the world. I was fooled, just like all those other women into thinking society had all the answers. I let society make me think that true freedom was wearing whatever the latest fashion was, when really I was like a robot just following everyone else. Consuming and buying into whatever standards “they” set. In actuality I was imprisoned. Imprisoned by the stereotypes, criteria, guidelines, media etc. Who determines those beauty standards anyways?!?!

(I’d like to see how “good” they look) When you have teenage girls going under the knife before they’ve even fully developed their bodies, something is seriously wrong. Society has pushed this distorted and unrealistic view of what a woman is and what she should look like. (as if God didnt know what he was doing when he created us)

I had to do some serious soul searching, which sometimes came in the form of making many mistakes and trying my best to learn from them. Eventually, I began to despise that lifestyle and I believe Allah (God) placed that I my heart before I got too deep into that life and couldn’t walk away as easily as I did. I won’t lie. There are times when I wonder how far I would have gotten but then I remind myself of all the reasons I left.

I was tired of not being able to just walk down the street. I was tired of feeling like “prey” or “fresh meat” every time I walked to the store. I will never forget the time I was walking with a group of “friends” when we came across this large group of guys. (You know the dudes that hang out in front of the corner store because they have nothing better to do.)

This one guy who was also apparently a little drunk, tried to talk to me. I ignored him and as I kept walking he grabbed my right arm, and held onto me tightly. My friends didn’t see what happened as they were walking a few steps ahead but his grip was so tight and I couldn’t break away. After a few seconds of yelling for him to get off, my friends finally realized what was going on and ran over to help me.