Today’s Five Favourite Finds have the theme hijab and have been chosen by Bouchra Rebiai.

Bouchra Rebiai is a bilingual English<>Arabic translator. Previously blogging about a lot of things, ranging from personal goals to crafting, she is now focusing on topics such as translation and languages, with the occasional DIY post. You can find her blog at bouchrarebiai.com/blog

Well, hello again! It’s time for our Favorite Islamic Finds, and this time around I have a selection of links pertaining to hijab.

I’ll start off with a Q&A by Maryam from Veil by Maryam, where she answers a few questions about hijab in honor of World Hijab Day – February the 1st.

Then it’s on to Mmahajia’s post on flaunting our clothes – or rather not doing so, and how important minimalism in clothing is, especially from a Muslim perspective. She mentions how her mother taught her to give to those in need even if the clothes were perfectly wearable: http://mmahajia.blogspot.co.ke/2016/01/flaunting-that-dress.html?m=1

After that, we have a post on some big no-nos for hijabis, as well as the discussion of some myths that give hijab a bad name: http://saimasworld.com/2016/02/03/stop-giving-hijab-a-bad-name/

Naomi’s post on Me Muslima includes a broader view of hijab, taking it away from the simple headscarf covering most Muslimas’ heads to an etiquette that is to be practiced in our daily lives: http://memuslima.com/etiquette-of-hijab/

Last, but not least, here are some great hijabs modeled by Heba Jay: http://www.hautehijab.com/blogs/hijab-fashion/89236167-hh-spotted-club-the-best-of-heba-jays-spotted-photos

Until next time, stay tuned (and make sure your hijabs are tightly pinned :P)!

If you have been featured and would like others to know, then please feel free to add this badge to your site! 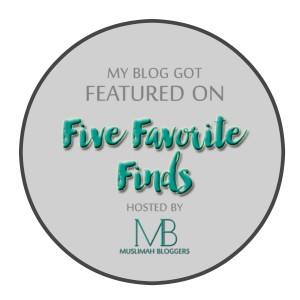 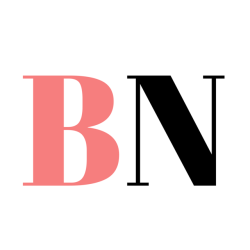 Najmah Capal
Najmah is a multipassionate blogger, freelance web and graphic designer and a graduating student of Nutrition and Dietetics. Aside from Muslimah Bloggers, you can also find her blogging on her blogs: TheMuslimBricks, ByNajmah and MuslimDietitian.